Two from Singapore on global list of under-40 billionaires

BEIJING (China Daily/The Straits Times/ANN): The number of the rich under the age of 40 increased to 53, up seven from last year, with the average wealth reaching US$5.2 billion, according to Hurun's latest list of global 40 and under self-made billionaires.

Among these young billionaires, 20 are from the US and 19 from China, and the figure accounts for more than 70 per cent of the world, and 18 billionaires are newcomers.

Mark Zuckerberg, social network Facebook's founder and CEO, tops the list with his wealth hitting US$84 billion, a rise of US$4 billion from last year, followed by Chinese billionaires Huang Zheng, founder of Pinduoduo, and Zhang Yiming, chairman of ByteDance, with their wealth at US$18 billion and US$13.8 billion, respectively.

From Singapore, also on the list are Facebook co-founder and angel investor Eduardo Saverin, 37, at No.5 with US$12 billion, and 39-year-old Ye Gang, who co-founded online gaming and e-commerce firm Sea, in the 36th position with wealth worth US$1.6 billion.

Two women on the list are Kylie Jenner from Kylie Cosmetics and Wu Yan from Hakim Unique Internet Co Ltd.

Jenner is also the youngest billionaire at 46th spot with US$1.1 billion.

These billionaires are mainly from e-commerce (8), social media (7), shared economy (6) and online games (5).

Beijing ties with San Francisco in the number of under-40 self-made billionaires, with both having 11 in total. - China Daily/The Straits Times/Asia News Network) 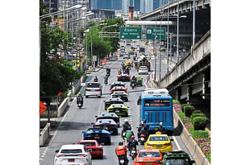 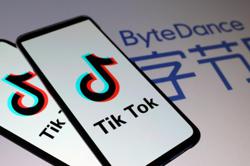 Dangerous precedent for ByteDance to sell TikTok to US company: China Daily