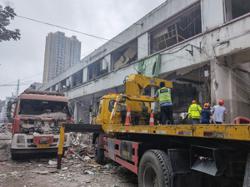 BEIJING: As China and Vietnam mark the 70th anniversary of their diplomatic ties, the two close neighbours and long-time friends are expected to embrace a bright future marked by deeper mutual trust and a growing cooperative partnership.

Sharing a “comradely and brotherly” friendship and broad common interests in development, China and Vietnam have made notable strides in promoting mutual understanding between the two peoples and strengthening bilateral comprehensive strategic cooperation in many fields from economy to culture.

Thanks to the guidance of the leaders, the China-Vietnam relationship has been enjoying a sound momentum of growth since its normalisation.

In 2018, the two-way trade value climbed to nearly US$150bil (RM608bil) with an increase of over 20%, according to China’s Ministry of Commerce.

China has also been Vietnam’s major source of foreign tourists.

As Beijing-Hanoi ties enter a new decade and the world is undergoing profound changes, the two sides, with similar political systems and growing complementarity in economic development, are both at a critical moment of reform and development.

In this regard, China and Vietnam need to seize this opportunity and work together to follow the agreements reached by the two countries’ leaders to make sure their relations stay on the right track.

In his phone conversation with Trong, who is also the Vietnamese president, ahead of the 70th anniversary of China-Vietnam ties, Xi called on the two sides to continuously consolidate political mutual trust, carry forward the long-standing friendship and strengthen the foundation of bilateral ties.

Looking ahead, pragmatic cooperation is promising.

With the better alignment of their development initiatives, namely the China-proposed Belt and Road Initiative and Vietnam’s “Two Corridors and One Economic Circle” plan, the potential in their mutually beneficial cooperation will be further unleashed. — Xinhua