The group, arrested in separate incidents this month and in November, were paraded in shackles and orange jumpsuits at Bali's airport customs office, escorted by machine-gun toting police -- a common practice in Indonesia.

While death sentences are often reduced to long jail terms, Indonesia has executed foreign nationals in the past, including two Australian masterminds of the Bali Nine heroin gang who were shot in 2015.

Two of the five are men from Hong Kong, who were caught with 3.2kg and 4.0kg of methamphetamine, respectively, police said.

The Chilean was allegedly carrying 77gm of meth while a Swiss citizen was arrested with 30gm of marijuana in his possession, police said.

The Thai man had nearly 18gm of marijuana, they added.

A sixth female accused from Singapore who was caught with a small amount of cocaine would not face the death penalty, authorities said.

Indonesia has slowed the pace of its executions in recent years despite broad public support for the penalty.

In October, police said two Thai women and a Frenchman could face the death penalty after they were caught smuggling drugs into Bali.

A French drug trafficker briefly on death row saw his sentence commuted to 19 years this summer.

There are dozens of smugglers on death row in Indonesia, including a cocaine-trafficking British grandmother, an American caught with crystal methamphetamine, and several west African inmates. - AFP 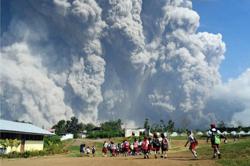 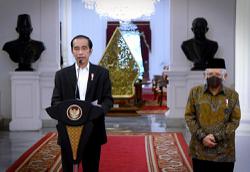