Filipino actress Bianca Umali will lead the way in the third season of HalfWorlds. - ANN

"It's a Western based on a famous massacre that happened in the Philippines," Red told Variety.

Philippines production house Ten17P, whose credits include Lav Diaz's "A Lullaby To The Sorrowful Mystery" and Paul Soriano's "Mananita," will produce.

He is also all set to direct the third season of "Halfworlds" for HBO Asia and Cignal TV. The first season was set in Indonesia and the second in Thailand, while the third will be shot in the Philippines from January through May. It stars popular actress Bianca Umali ("Banal").

"I will be playing the role of Alex, the lead role in the series," Umali told Variety. "I don't know how else to describe my character, but I am the 'chosen woman' pretty much. It is my first time with Mikhail. It is also my first time working with a director who is somewhat close to my age, he is the youngest director I have worked with." Red, the son of another famous director, Raymond Red, is 27.

"What's interesting about this series is that HBO gave us the freedom to craft our own season," says Red.

"So, basically the only thing that is being carried over is the lore, the main concept of the mythical beings existing in modern society. Overall, it is a brand new story where we follow Bianca's character Alex as she navigates through this war against this different species. Even if you are new to it, you can enjoy it because it is its own brand new story, set in the Philippines."

Red and Umali recently spoke at a directing workshop organized by HBO Asia and the Infocomm Media Development Authority of Singapore.

Red is also working on "The Grandstand," based on the 2010 Manila hostage crisis where a discontented police officer hijacked a bus full of tourists from Hong Kong and demanded national media attention. The ensuing gun battle with the police resulted in eight deaths.

The project, that won the Udine Focus Asia Award at the Hong Kong Asia Film Financing Forum, is currently at an advanced scripting stage and is aiming for an early 2021 start.

The prolific filmmaker's "Eerie" had a theatrical release in March, and his "Dead Kids", Netflix's first Filipino Original film, began streaming in December.

"We always make sure that there is something moving, while we are shooting something," said Red. "You kind of have to, in the Philippines. You have to work on more than one thing, to sustain yourself. Because our budgets are pretty different and pretty challenging, so we gotta move fast." - Asian News Network/Agencies
Article type: metered
User Type: anonymous web
User Status:
Campaign ID: 18
Cxense type: free
User access status: 3 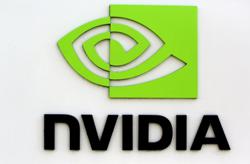