Absence of China a ‘loss’ at awards, says Ang Lee

TAIPEI: The absence of China was a “loss” at this year’s Golden Horse Awards, the Chinese-speaking world’s version of the Oscars, director Ang Lee (pic) said, after Beijing ordered a boycott following controversy last year.

China’s film regulator said in August it was blocking the country’s movie industry from participating in Taiwan’s Golden Horse Awards without a giving a reason, in the latest sign of rising tensions between Beijing and the Chinese-claimed island.

The move came after the annual event caused uproar last year in China and amongst Chinese stars at the ceremony when Taiwanese director Fu Yue made comments in support of Taiwan’s formal independence.

“This is not easy to comment on, everyone knows that. Of course it is a loss, which can be seen on the red carpet or in the works participating in the film festival, ” said Lee, who is the festival’s chairman.

“Of course, the best works, I personally think that they are just as good as in previous years, ” he added.

“We of course feel regret due to fewer (movies and participants) this year but our arms are open forever, as long as you are a Chinese-speaking movie director we welcome you.” — Reuters 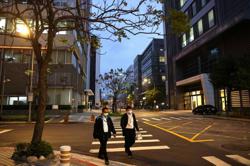 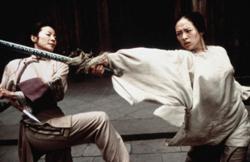