Brian Shan says the way he views the world has been reshaped since he arrived in the United States to study seven years ago.

The 30-year-old Beijing native, working on a PhD in materials engineering at an Ivy League university, has come to understand that walking naked in Times Square could be a freedom-of-expression gesture.

He accepts that same-sex marriage is no different from men marrying women. He gets news from both CNN and China’s state-backed People’s Daily and navigates on social media platforms both within and beyond China’s Great Firewall.

His broad exposure to US culture has changed him in many ways: the biggest personal shift came in 2013, Shan said, when he went from “believing in myself to believing in God”.

Even so, these changes are not big enough to make Shan sympathise with the Hong Kong protesters, whose months-long anti-government demonstrations have developed into a wider pro-democracy movement.

“Those who are brainwashed are them [Hong Kong protesters]. They think they need democracy but what they really need is to have a better life,” said Shan, who became emotional when recalling a recent spat with a church friend over Hong Kong.

“If they can live a better life, who would bother to go on streets?” he asked.

How can they still think the Western model is a better way?
Brian Shan, Chinese PhD candidate in US

In the censored cyberspace of the mainland, Hong Kong protesters are portrayed as rioting extremists, with state media coverage mostly focusing on vandalism as well as the damage done to the city’s economy and reputation.

Perhaps surprisingly, though, many Chinese students overseas – even those with unlimited access to the internet who can read full coverage of the Hong Kong protests – still oppose them.

No comprehensive study has been conducted to determine the attitudes overseas Chinese hold about the Hong Kong protests. But at pro-Hong Kong rallies in Canada, Australia and Britain, overseas Chinese students have tried to voice their support for Beijing or shout down demonstrators, according to reports.

The sentiment is also found on American campuses, too. Nathan Law, a Hong Kong democracy activist, arrived at Yale University this fall to pursue a master’s degree in East Asian studies, only to become a target of online harassment. Law, 26, posted on Twitter in late August that he had received numerous threats from individuals claiming to be Yale students.

On Friday at Columbia University in New York, after Joshua Wong, one of the key student activists in the pro-democracy movement in Hong Kong, finished a panel discussion to rally support for the protesters, several students stood up and sang China’s national anthem to show their support for Beijing.

Their views reflect not only how they regard Hong Kong but, more importantly, how they view China – especially its political system and economic model, both of which are seen to be at odds with their Western counterparts.

Five mainlanders studying in the US interviewed by the South China Morning Post accepted the Hong Kong protests as a form of free expression – though four of them stressed a non-negotiable bottom line: that Hong Kong was and would always be part of China.

There are things they don’t like about China – in particular, the state’s censorship and the need to use a VPN to gain access to the internet outside the Great Fire Wall – but none of the five think the US governmental model is superior. 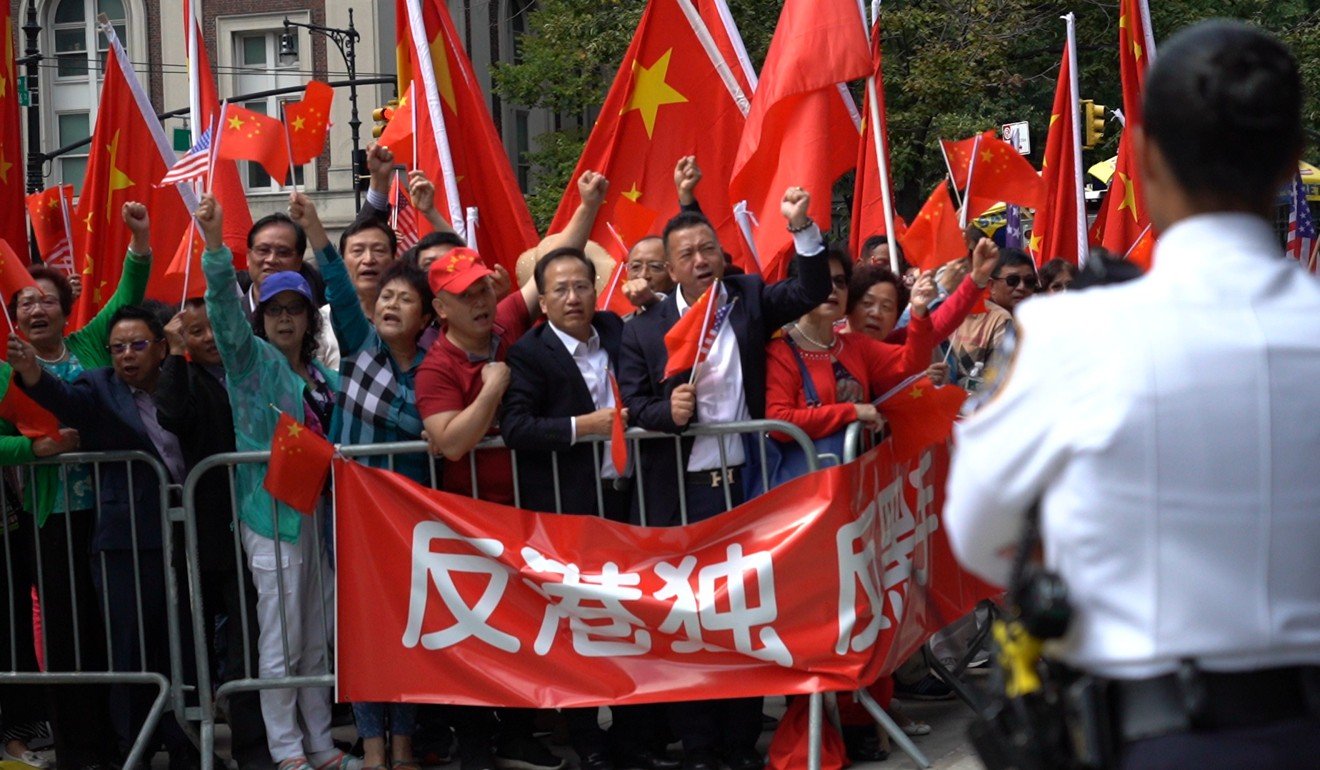 The students’ preoccupation with economic concerns also raises doubts about a presumption American academics and policymakers have long relied upon: that once Chinese students are free to read and talk, once they learn the critical thinking skills offered by American education, they will be aware of the political repression in their home country.

For example, at a forum this summer in Washington, Marie Royce, an assistant Secretary of State, said she saw the 360,000 Chinese students in the US as having a bigger role to play than in purely economic terms.

Chinese students are welcome in America, US official says

“From a foreign relations standpoint, the friendships that are formed, the values shared and the networks created are even more important than the economic contributions of these Chinese students,” she said.

But China’s rapid rise as the world’s second-largest economy has made a new breed of this younger generation of overseas students.

A new breed of student

The 2018 Purdue Survey of Chinese Students and Scholars in the United States shows that 48 per cent of roughly 1,000 respondents agreed or strongly agreed with the statement that “China’s current political system is the most suitable one for China”. That’s up from 2016, when the survey result was 43 per cent.

“If you grow up in mainland China for the past 20 years, you probably do think the economy is more important than politics,” said Matt Sheehan, the author of The Transpacific Experiment: How China and California Collaborate and Compete for Our Future, which has a chapter focusing on Chinese students in the US.

“In my experience talking to Chinese students on campus, the bigger change after arriving in the US is personal freedom – a life no longer dictated by their parents.”

“Political freedom, such as freedom of speech, comes as a lower priority,” Sheehan said.

One China, two worlds: how the great political divide is on full show overseas

To be sure, many mainland students in the US support Hongkongers exercising their free-speech rights. But because of the increasing divide on the protests among overseas Chinese – and after unfollowing friends on social media and quarrelling with families back in China – many have learned not to take a stand publicly on the issue.

One interviewee who declined to be named said she admired Hongkongers for their bravery in shouting their demands in the face of authority. 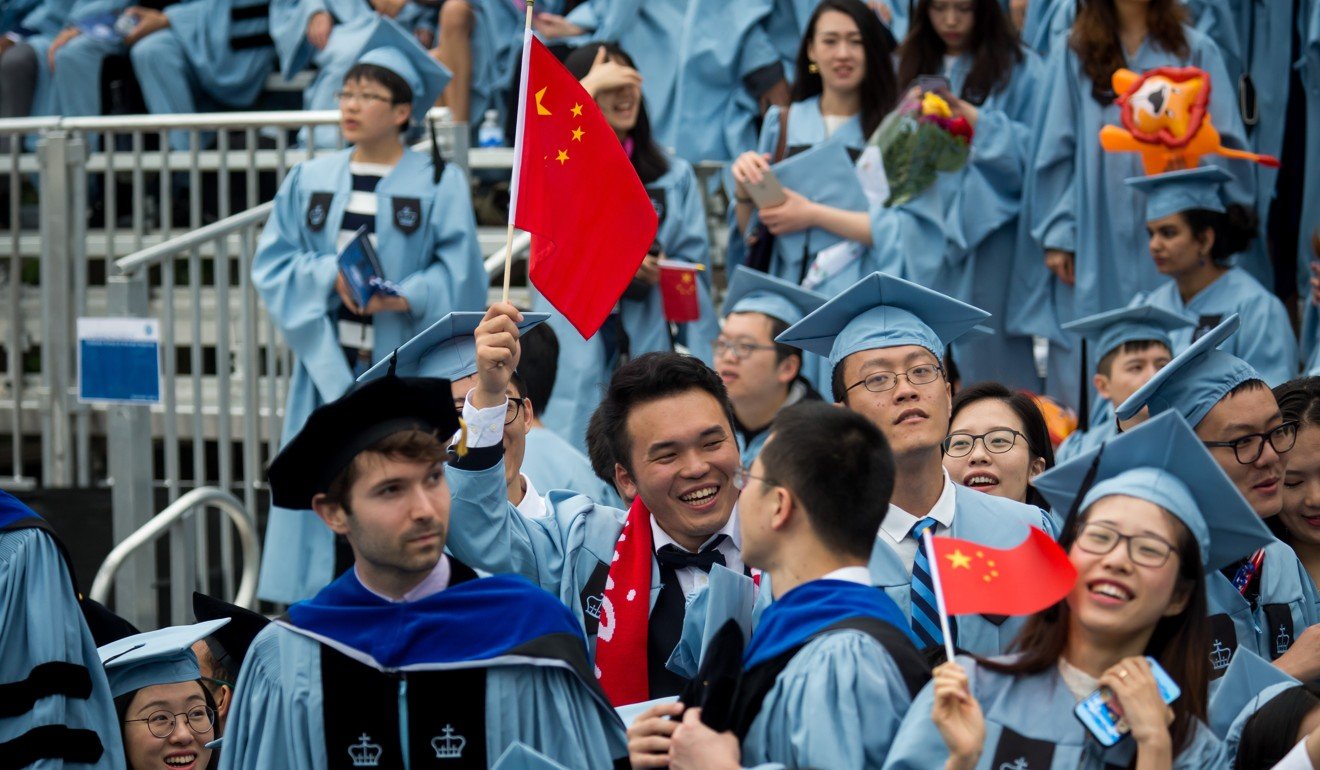 The Post interviewees sympathetic to the protesters declined to be named, worrying that their views could anger Beijing and lead to repercussions when they return to China.

But those who are pro-Beijing were also reluctant to disclose their identities, concerned about attracting attention that could result in troubles likes visa denials – something increasingly common as the US government regards Chinese students and scholars with growing suspicion.

Five chapters of the Chinese Students and Scholars Association at prominent American universities, including Harvard and Yale, did not respond to interview requests concerning the Hong Kong protests.

Trying not to pick a side

Others said they had not taken a position because the divergent news coverage among Chinese and Western media left them unable to form an opinion. Some criticised the need to choose a side since doing so raised the prospect of confrontation.

“I am very concerned about the escalating tension between the mainland and Hong Kong. Social media users in the mainland demonise protesters by calling them ‘useless youth’. This is not the way to fuel communication between the two sides,” said Cao Anjie, an undergraduate at Carnegie Mellon University in Pittsburgh, Pennsylvania.

Still, for those who do agree with Beijing’s handling of Hong Kong, “economy is the foundation of everything else” is deeply rooted.

Wang, an undergraduate at the University of Illinois at Urbana-Champaign who would only agree to give his surname, said he firmly believed that individuals’ rights – such as the freedom of speech and the freedom of information – would naturally improve as long as the GDP per capita reaches certain levels.

The mainlanders the Post interviewed felt the trigger of the protests was not the extradition bill – which has since been withdrawn – but the life challenges faced by Hong Kong’s youth: low-paying jobs and unaffordable housing.

But the interviewees said they could not understand why the protesters were apparently trying to solve an economic problem through political means.

“I support their right of expression, but I don’t support what they expressed,” Wang said.

“Their demand of universal suffrage already equals a call for independency, which completely crosses the line,” Wang said, adding that his attitude towards the Hong Kong demonstrators has changed from sympathy to antipathy over the long summer of protests.

“Also, no economic prosperity can come with political turmoil.” 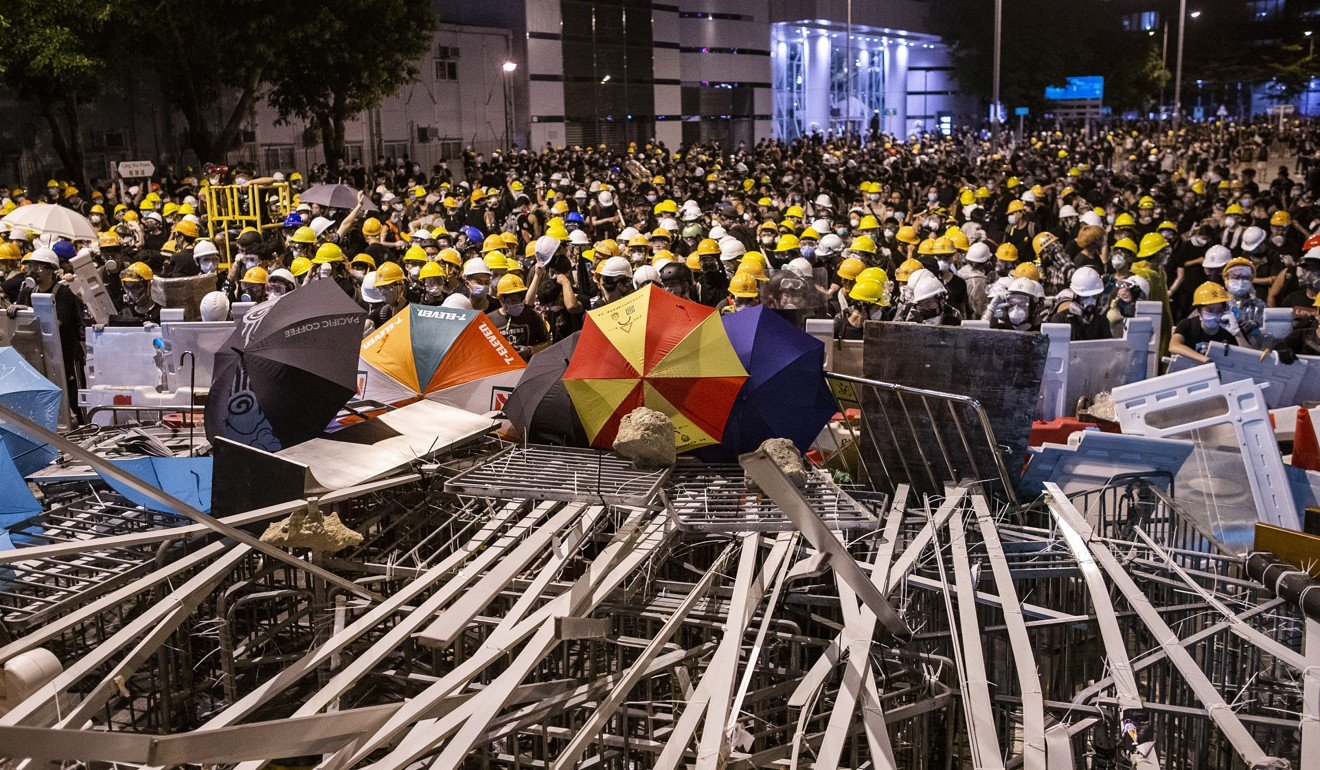 Unlike older generations of Chinese students in the US, who struggled financially and experienced the Cultural Revolution, the Tiananmen Square crackdown or other dark moments of China’s recent history, this new generation arrives in America largely better off and at much younger ages.

Indeed, most undergraduates were born after Hong Kong’s handover to Beijing in 1997 and they don’t understand the city’s post-handover frustrations. For many, Hong Kong is no different from other major Chinese cities except that its residents can use Instagram without a VPN.

The rapid emergence of China as a strong economic, military and political power has also boosted students’ confidence about China’s development model, which is increasingly no longer seen, at least in China, as inferior to the Western model championed by the US.

Nor have their personal experiences in the US made them see much benefit to the Western model. The US views them as part of China’s “whole-of-society threat”, as FBI Director Christopher Wray put it: increasingly regarded with suspicion, with some Chinese scientists arrested on espionage charges.

In recent months US intelligence agencies have pressed US research universities to develop protocols for monitoring students and scholars from Chinese state-affiliated research institutions.

As a result, a growing number said their American experiences were turning out less than they had hoped. According to the 2018 Purdue survey, 42 per cent of respondents said their perceptions of the US had worsened since coming to the US, a much higher response than the 29 per cent in the 2016 survey.

Shan, the doctoral student, said that things he likes about the US include its freedom of religion. Still, he said, that does not make it easier for him to understand the Hong Kong protesters.

“If they read the biased media coverage on China from the US, if they know how Chinese students are seen as spies here, how can they still think the Western model is a better way? How is this so different from what they accuse of Beijing’s wrongdoings of naming them rioters” said Shan, who sees himself as a Christian with “independent thinking”.

Despite his disagreements with the protesters, Shan said the Christian inside him still thinks he should “love” them.

“Justice will not always be served in the US,” he said, “but God treats everyone the same – no matter your political stance.”