Four men on Tuesday admitted to having sex with a 12-year-old girl they molested in a Hong Kong public toilet, with one later taunting her with death threats.

The High Court judge said the assault on the Form One girl was “borderline rape” as Mok Tsz-hin, 21, Chan Ho-yin, 21, Lam Wing-chung, 24, and Cheng Pak-kit, 26, pleaded guilty to a series of sexual offences at the Court of First Instance.

“I simply cannot imagine a girl would like to have sexual intercourse with four people at the same time in a public toilet,” said Mr Justice Andrew Chan Hing-wai, before adjourning sentencing to July 30.

The assault took place at the Sun Chui shopping centre in Sha Tin in the small hours of January 27, 2017, when the victim was only 12.

After the incident, the girl, known as X in court to protect her identity, was warned by Mok, at the time her “boyfriend”, that she could “die in a car accident or be kidnapped and starved for several days in the bushes” if she told others about it.

All the accused pleaded guilty to one count of unlawful sexual intercourse with a girl under the age of 13, which carries a maximum sentence of life imprisonment.

Cheng pleaded guilty to an additional count of indecent assault and indecent conduct towards a child. The judge described him as the “initiator”.

The court heard the girl, then a Form One student, met the others through Mok. Shortly before the incident, she and the four accused went to have a drink and chat at the podium of the shopping centre.

Paedophile jailed for seven years for sex attacks on schoolboy

Later on, she agreed to go to the toilet with Chan, Lam and Cheng.

There, the defendants made her have sex with them.

Mok delivered the threat in the evening of January 27, 2017, when X was invited to a bar in Tai Wai to talk about the incident.

Man called lover to go shopping then beat and raped her, court told

A social worker later persuaded X to report her ordeal to police. All of the group, apart from Cheng, were arrested several months later on July 26.

Cheng left Hong Kong for mainland China on June 28, 2017, and was arrested on March 8 the following year when he returned to the city.

In mitigation, their lawyers said they were remorseful and had acted out of impulse. But the court heard Cheng, a chef, had six convictions on his criminal record, including claiming to be a triad member.

The judge ordered detention centre reports for Mok and Chan because of their age, 19, when they committed the offence. 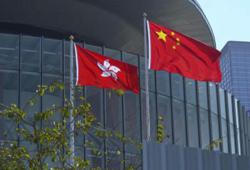