Lawyer Samuel Seow was charged on June 7 with offences including the assault of a woman and the use of criminal force on another two. - ST Photo: Wong Kwai Chow

SINGAPORE (ANN): Entertainment lawyer Samuel Seow Theng Beng was charged Friday (June 7) with offences including the assault of a woman and the use of criminal force on another two.

He allegedly assaulted Brenda Kong Shin Ying by grabbing her arms, pushing her against a table and slapping her left cheek several times in a South Bridge Road office here on April 17, 2018.

Seow, 46, is also accused of using criminal force on two other women and harassing one of them.

He is said to have intentionally poked Rachel Kang Pei Shan’s forehead with his finger and pushed Serene Tan Tzuu Yen to the ground that day.

In a separate incident on April 3, 2018, Seow allegedly threatened Kang by telling her: “I will take a knife and kill you.”

Court documents did not state Seow’s relationship with these three women. However, he had stated on social media that Kong is his niece.

Seow is a shareholder at Samuel Seow Law Corporation and director of more than 10 firms, including talent agency Beam Artistes.

He first made headlines last year after an audio recording, purportedly between him and a woman, was uploaded online and went viral.

A police report was also made in which a woman accused Seow of grabbing and pushing her, among other things.

But she withdrew the report in May, 2018, and he withdrew his complaint to the police at the same time.

In a press conference that month, Seow said the matter was a family dispute, and that he had acted in his capacity as an uncle and not as an employer.

He had written on Facebook: “People can say what they want without any care for the truth. There are some very irresponsible and despicable people out there who will take some perverse delight in causing this.

“I am sorry to my family and friends for the worry this will cause. I am OK. Those who know me will know the truth.”

However, two videos of a dispute between Seow and a woman in an office were posted online this year and they also went viral.

He made a police report and on April 26, released a statement hitting out at the people whom he said were “constantly and conscientiously” seeking to cause damage to him.

Seow is represented by lawyer Eugene Thuraisingam and his case has been adjourned to July 5.

If convicted of assault, he can be jailed for up to two years and fined up to $5,000. - The Straits Times / Asia News Network 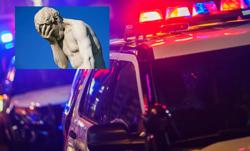 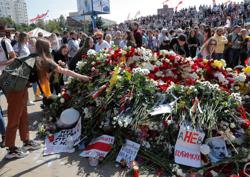 Putin, Lukashenko say problems in Belarus will be solved as protests surge