Chinese family reportedly paid US$6.5 million to ‘fixer’ for admission into Stanford

A Chinese family allegedly paid the mastermind of a college admissions cheating scheme US$6.5 million to assure their child’s admission to Stanford University, US news media reported on Wednesday.

The payment is thought to be the largest one made by parents who employed William “Rick” Singer, the owner of the Edge College & Career Network, to secure their children’s admissions into elite US universities. The scheme was revealed in March when federal prosecutors, after a year-long investigation dubbed “Operation Varsity Blues”, filed charges in what was called the Justice Department’s largest-ever college admissions criminal case.

Singer used several techniques, including what he called a “side door”, which often presented the children as sought-after athletes. In many cases, the students never participated in the sports. Singer admitted to taking payoffs and is cooperating with prosecutors.

According to The Wall Street Journal and Los Angeles Times, which both cited unnamed sources familiar with the matter, the student who was admitted to Stanford, in Palo Alto, California, was connected to Singer via a contact at the global financial services firm, Morgan Stanley. 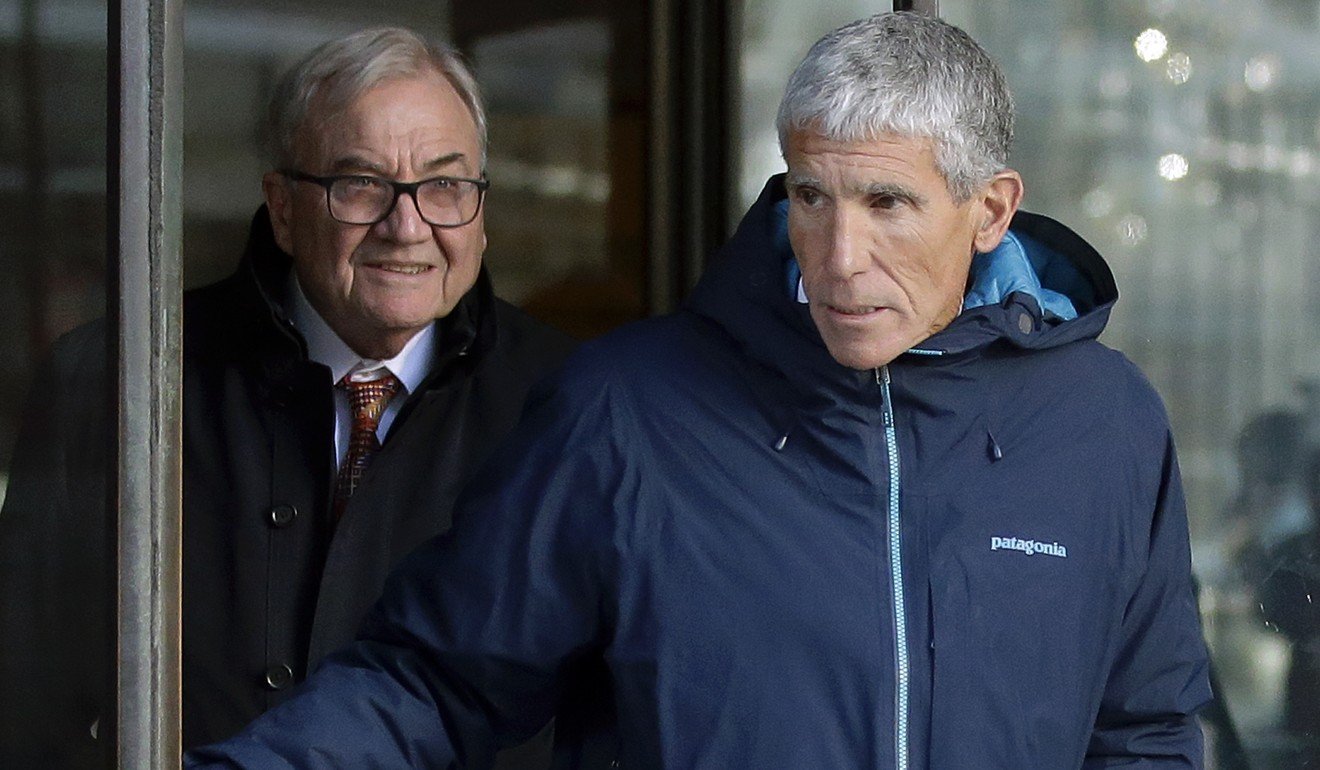 The Journal does not name the student or family. The Times and the Associated Press identify the student as Yusi “Molly” Zhao.

The Times said that the Beijing-based family was introduced to Singer by a Morgan Stanley financial adviser to help get their daughter into the school. According to the newspaper’s unnamed sources, she was admitted to Stanford in the spring of 2017, with Singer putting her forth as a competitive sailor “despite there being no indication she competed in the sport”.

A Stanford student had his or her admission rescinded last month, a university spokesperson confirmed to the South China Morning Post on Wednesday. However, the university said on Wednesday that “in compliance with privacy laws, Stanford cannot identify or confirm ... the student named in press reports”.

Neither Chinese family has been charged, the papers said.

A spokeswoman for Morgan Stanley said that Michael Wu, an adviser at the firm, had been terminated “for not cooperating with an internal investigation into the college admissions matter”.

“We are cooperating with the authorities.”

Prosecutors in the US Attorney’s office in Boston, Massachusetts, in March charged 33 parents of students admitted to prestigious schools with wrongdoing. “Athletic coaches from Yale, Stanford, USC, Wake Forest and Georgetown, among others, are implicated, as well as parents and exam administrators,” the office said at the time.

According to Stanford, a total of US$770,000 was contributed to the university’s sailing program in the form of three separate gifts via Singer’s sham charity, the Key Worldwide Foundation.

“The head sailing coach pleaded guilty to charges that he accepted financial contributions to the sailing program from this foundation in exchange for agreeing to recommend two prospective students for admission to Stanford,” Stanford spokesman Ernest Miranda confirmed with the Post via email.

“Neither of these two students subsequently completed the application process; therefore, neither was admitted to Stanford nor enrolled at Stanford.” Miranda added.

A third student, which was not named in the government’s charges and received no recommendation from the sailing coach, was admitted to the school. Months after the student was admitted, a payment of US$500,000 was made to Stanford.

“Early last month, we completed our review of the third student. We determined that some of the material in the student’s application is false and, in accordance with our policies, rescinded admission. The student is no longer on Stanford’s campus,” according to Miranda.

Bribes aren’t the real scandal in US college admissions

“The investigation is ongoing,” Elizabeth McCarthy, public affairs specialist at the US Attorney’s office in Boston, told the Post, without adding further comment.

On March 12, when the indictments were announced by US Attorney for the District of Massachusetts Andrew Lelling, he said that the amount of money parents paid to Singer ranged from US$15,000 to a top end of US$6.5 million.

In all, 50 individuals were named as participating in the scandal. The 33 parents came from a wide social range, from prominent financial services executives to the actresses Lori Loughlin and Felicity Huffman.

William “Bill” McGlashan, founder and managing partner of TPG Growth, a division of the powerhouse private equity firm, was fired as a result of his involvement in the scandal. Gordon Caplan, a co-chairman of the Willkie Farr & Gallagher international law firm, is no longer a partner there and faces disbarment since agreeing to plead guilty.