Everywhere you look in China, it is hard to avoid Peppa Pig.

The popular British children’s character has become the unofficial mascot of the Year of the Pig, cementing her global popularity and sealing her return to favour in China.

A Chinese-language version of the cartoon first aired on state broadcaster CCTV in 2015 and became an overnight sensation among younger audiences, notching up more than 60 billion views on television and streaming websites.

But Peppa soon become one of the more unlikely victims of China’s censorship machinery that saw the cartoon being dropped from a popular video-sharing site altogether and denounced in state media as a bad influence.

The problem was that the character had been adopted as a symbol of slacker culture by disaffected millennials – some of whom even went so far as to get Peppa tattoos.

The previous year Peppa books fell foul of a separate crackdown after publishers were ordered to reduce the number of foreign children’s books published in Chinese as the authorities sought to reduce Western influences.

But Peppa’s hold on the hearts of Chinese youngsters remained strong, with official merchandising sales in China becoming a major money-spinner for the licence holder, the British media group Entertainment One.

The character now adorns everything from children’s toys to adult clothing and furniture, while a Peppa Pig theme park opened in Shanghai last year with another set to open in Beijing. 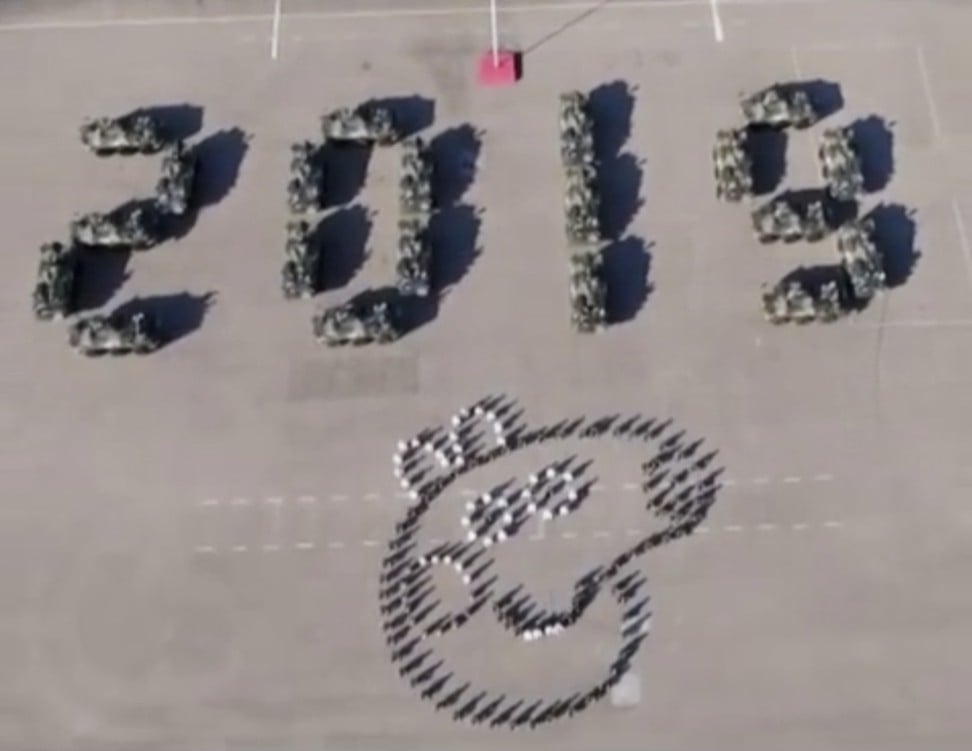 The character even makes her big screen debut this year with Peppa Pig Celebrates Chinese New Year, which will be released in mainland cinemas on Tuesday – a certain sign of the character’s rehabilitation.

The film is a joint venture between One Entertainment and Alibaba Pictures, part of the group that owns the South China Morning Post.

The five-minute film, which follows a rural man searching for a Peppa-themed gift for his city-based grandson, instantly became a viral sensation in China for its focus on emotional family reunions.

“Besides drawing attention to the movie, what I wanted to do through this trailer was to share the same values that are highlighted in the movie – family, reunion, harmony and love,” its director Zhang Dapeng told local media last month.

However, Peppa’s influence does not end there, even extending to the military and economic spheres.

The respected financial newspaper The Economic Observer even published an analysis of China’s car industry last Thursday with the headline “Peppa Pig vs ‘Grey Rhinos’”.

The article described the industry as a “plucky little Peppa Pig” and warned had to be aware of the dangers from “grey rhinos”, a term frequently used to describe foreseeable but overlooked economic risks, as well as the rarer and harder to predict “black swans” in the coming year.

Meanwhile, the Hong Kong garrison of the People’s Liberation Army released a viral video to celebrate Lunar New Year in which more than 100 soldiers in a formation that mimicked Peppa’s distinctive features. 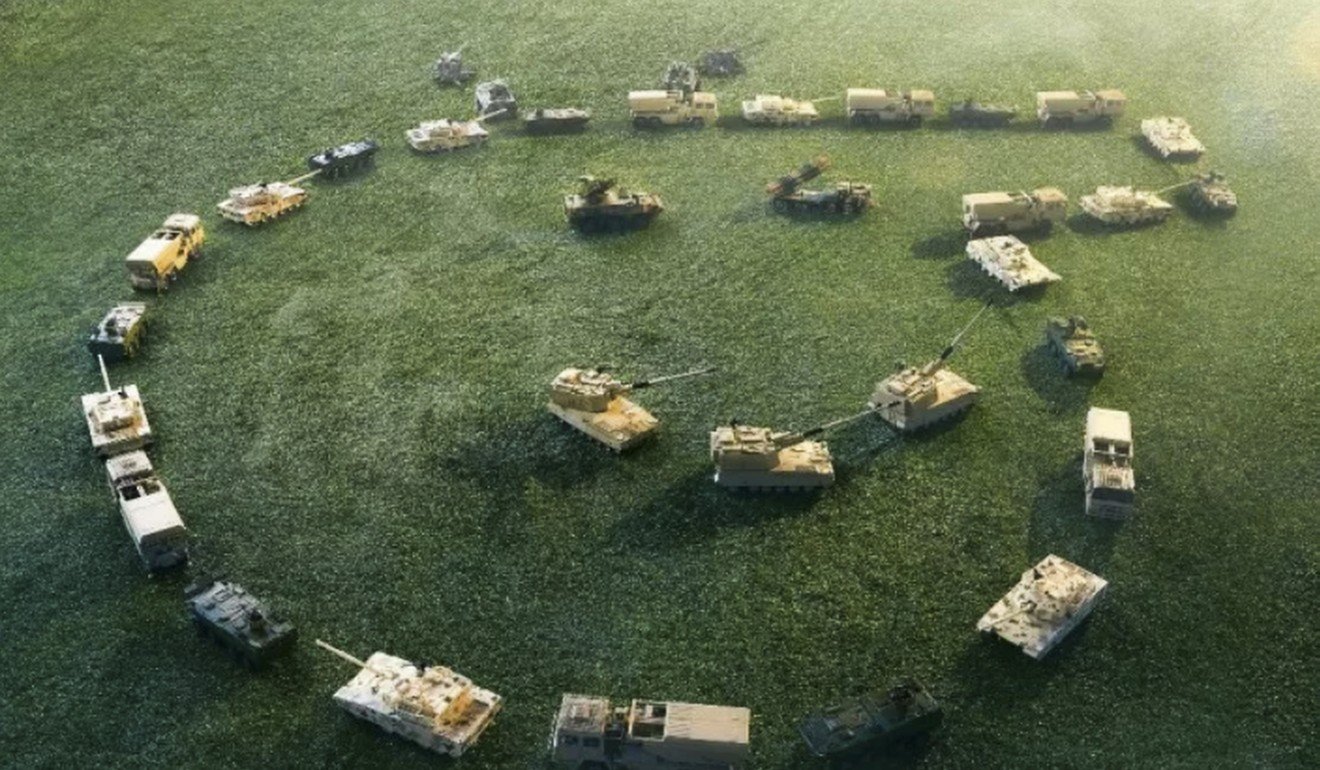 Even Chinese weapons manufacturer Norinco has got in on the act, releasing photos of tanks parked in the same formation in a festive WeChat greeting that also punned on the character’s Chinese name Pei Qi – a homonym for a phrase meaning “matched together” or “in harmony”.

While Peppa is not the only fictitious pig to enjoy the limelight, some characters are easier to promote in China than others.

Some users of Douban, a popular cultural discussion forum, have tried sharing images of the pigs from George Orwell’s Animal Farm, an allegory about the Soviet Union that has frequently fallen foul of the censors.

These references to Comrade Napoleon et al have since disappeared from the web. Proof, perhaps, that some pigs are more equal than others.