While China has moved ahead of the rest of the world in making facial recognition technology a part of people’s everyday life, there are systems in the country that need tweaking.

Making a compelling case for change is the recent experience of Dong Mingzhu, chairwoman of China’s biggest maker of air conditioners Gree Electric Appliances, who found her face splashed on a huge screen erected along a street in the port city of Ningbo that displays images of people caught jaywalking by surveillance cameras.

That artificial intelligence-backed surveillance system, however, erred in capturing Dong’s image on Wednesday from an advertisement on the side of a moving bus.

The traffic police in Ningbo, a city in the eastern coastal province of Zhejiang, were quick to recognise the mistake, writing in a post on microblog Sina Weibo on Wednesday that it had deleted the snapshot. It also said the surveillance system would be completely upgraded to cut incidents of false recognition in future.

There were no hard feeling from Gree, which thanked the Ningbo traffic police for their hard work in a Sina Weibo post on the same day. The Shenzhen-listed company also called on people to obey traffic rules to keep the streets safe.

A Gree spokesman said the company had no further comment to make about the incident.

Since last year, many cities across China have cracked down on jaywalking by investing in facial recognition systems and advanced AI-powered surveillance cameras. Jaywalkers are identified and shamed by displaying their photographs on large public screens.

First-tier cities like Beijing and Shanghai were among the first to employ those systems to help regulate traffic and identify drivers who violate road rules, while Shenzhen traffic police began displaying photos of jaywalkers on large screens at major intersections from April last year.

From travel and retail to banking, China’s facial-recognition systems are becoming part of daily life

Developments are also underway to engage the country’s mobile network operators and social media platforms, such as Tencent Holdings’ WeChat and Sina Weibo, to establish a system in which offenders will receive personal text messages as soon as they are caught violating traffic rules.

The Chinese government is currently working to combine the operations of more than 170 million public security cameras to strengthen its surveillance network’s ability to track and monitor the country’s 1.4 billion citizens. Research firm IHS Markit has estimated that the number of surveillance cameras in China could reach 450 million by 2020.

Although Chinese citizens have raised concerns about privacy protection, China’s broader initiative to become a global leader in AI has prompted local governments and police departments across the country to embrace facial recognition technology as an important tool for public safety efforts. 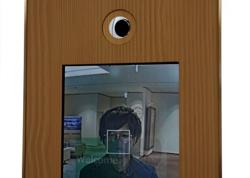