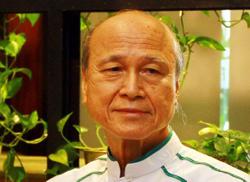 The sister of deceased TVB actress Yammie Lam Kit-ying visited the Victoria Public Mortuary Monday morning to claim the body of the late star, who was found dead at her home in Stanley in the early hours of Saturday morning.

The 55-year-old celebrity was known for her beauty in her heyday and rose to fame in the late 1980s, after appearing in television series such as Looking Back in Anger and The Greed of Man, which starred Adam Cheng Siu-chow and Sean Lau Ching-wan.

At around 8.45am, her sister, Lam Kit-hing, wearing sunglasses, a mask and a grey windbreaker, arrived at the mortuary in Kennedy Town with four other people.

After briefly speaking to the mortuary official at the reception, the group were seen sitting in the lobby.

Lam and the others were silent during the visit and did not respond to reporters’ questions.

An hour and a half later, they left and took a taxi in the direction of Admiralty.

It was believed that they had completed the procedure of identifying Lam’s body.

It said, “we have no plans at the moment to launch any fundraising activities”.

The group then announced it had set up a new WeChat group and urged fans to join for its latest development.

On Saturday, the police said that initial investigations found no evidence of foul play.

A senior police source told the Post that her body had no apparent wounds but was in a state of decomposition by the time officers discovered it inside the flat in Leung Ma House at Ma Hang Estate. The deceased had last been seen, by her neighbour, on Wednesday.

Lam began her career in Hong Kong television after graduating from TVB’s acting course in 1983 at the age of 20. She later moved into films and she won the hearts of audiences with her turn as Spider Woman in the 1995 two-part fantasy film A Chinese Odyssey, starring comedian Stephen Chow Sing-chi.

Lam gradually left acting after a car crash in 1998 left her with injuries to her hands and neck, greatly affecting her physical and mental health. She made headlines again in 2013 when she revealed she had been raped on two separate occasions decades previously by two unnamed major figures in the local entertainment industry. 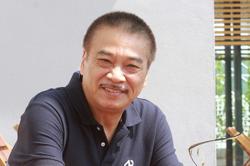 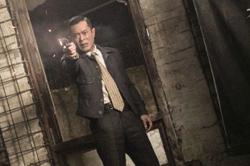