A Great Wall of the sea

MISCHIEF Reef, anyone? Few have heard of it, or the Spratlys or Paracel Islands, even now; some are just rocks barely visible above water. Why should anyone care?

Since 2011, Napoleon’s prophesied sleeping giant, China, has woken and is moving earth in a literal sense, to build or expand islands militarily in strategic South China Sea locations.

Asian Waters starts with a vignette of Filipino fisherman Jurrick Oson detailing how he stores his catch in an underwater icebox, using lights made from glass coffee jars sealed with tape and glue. He’s been bullied by state-sponsored Chinese thugs with a water cannon in his own country’s waters, and they ruin his livelihood. He’s lucky to survive the attention.

This is the way to write narrative non-fiction: by making it relatable. Start with the micro-picture with its telling details, then pan out to give us an overview. In Asian Waters, this is backed up by insightful news analysis.

With veteran rigour, Hawksley provides a global perspective on how the present situation has unfolded.

Why does China want the Spratlys and Paracel islands? Protection of sovereignty, according to them. Having identified 30 key sea trade routes to protect, it has laid historical claims to some of them – as have Brunei, Japan, Malaysia, Philippines, Taiwan and Vietnam. 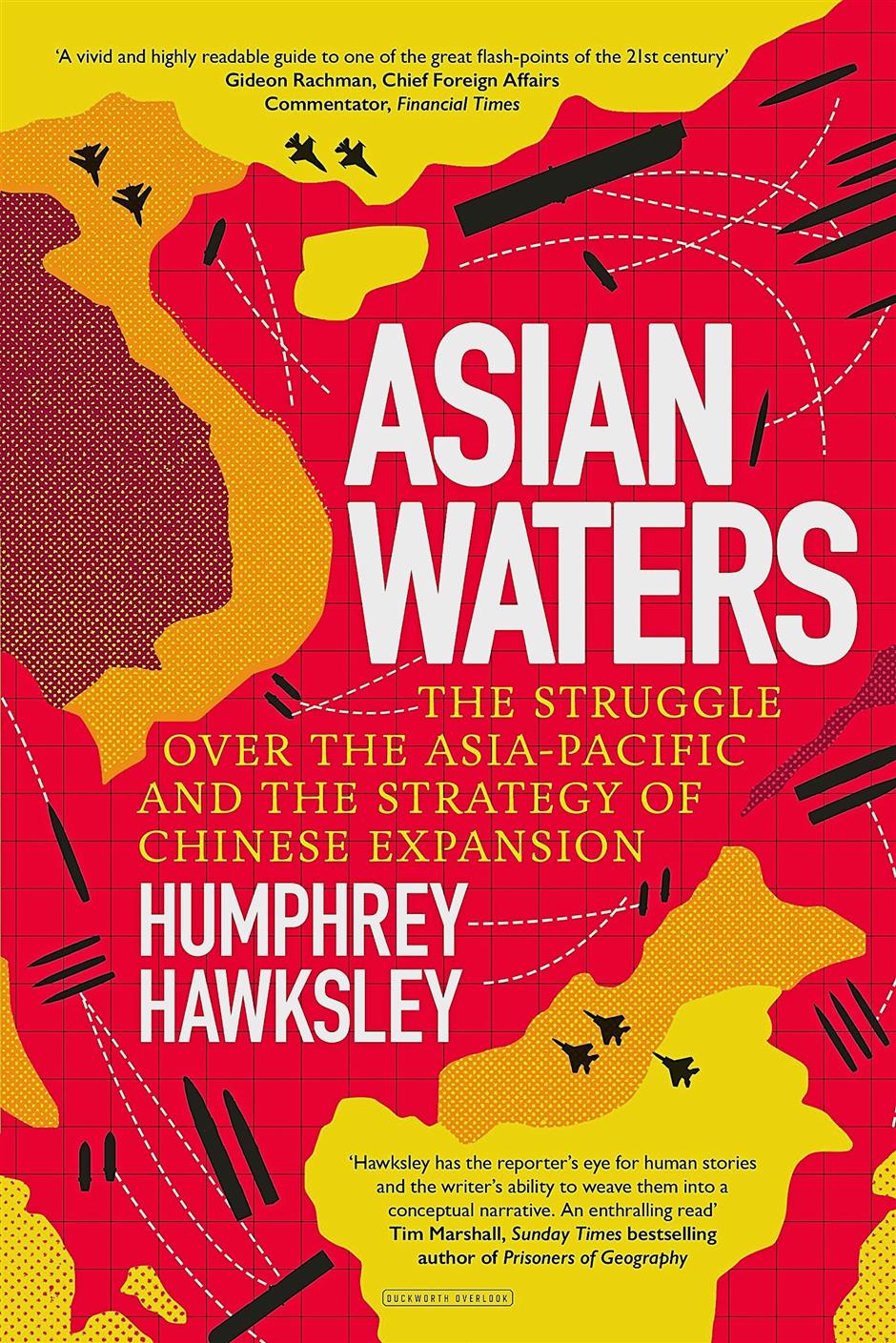 One history professor described China’s aim as being “... to build a Great Wall of the sea, with big ships and strong islands”. China’s maritime militia are often fishing crews in the pay of military command; its size is unknown, incalculable. Nor is it always clear hostility, in muddied waters.

With its “salami slicing” strategy –China is chipping away, piecemeal, in backwater situations where no significant powers dare interrupt. It not only builds on barely-extant islands, it erected an illegal drilling rig off Vietnam, for example, which depends on China economically. The pattern is familiar; to quote Sun Tzu: “The supreme art of war is to subdue the enemy without fighting”. The problem is that China is the ultimate guarantor, the underwriter. As China sees it, this is all skilful means.

The surge in China’s authoritative and nationalist outlook under President Xi Jinping means it is set to have the world’s largest naval force by 2020. As US President Donald Trump turns isolationist, flouting established laws and norms, China is handed carte blanche.

There is a global call for China to recognise and abide by international norms but all superpowers have flouted international laws and agreements. There is no single authority to enforce international law; all the major issues still lie deeply buried, unresolved.

Positing ways forward, Hawksley advocates trade negotiations – a hope now being dashed by US trade tariffs. While also damaging US business, the danger remains of Trump, with his unilateral interventions, becoming the proverbial bull in China’s market.

World peace may be at stake.

While the West needs to address the situation as it is, China needs to fulfil its promise of enabling us all to be winners.