By Nectar Gan and Xie Yu

China’s highest-earning actress Fan Bingbing has been ordered to pay nearly 892 million yuan (about US$130 million) for tax evasion and other offences, the country’s tax authorities announced on Wednesday, over three months after the film star disappeared from public view.

Fan, whose disappearance has caught global attention, was released from “residential surveillance at a designated location” – a form of secret detention – about two weeks ago as the tax authorities completed their investigation, sources with knowledge of her case told the South China Morning Post.

She was fined more than 479 million yuan (about US$70 million) personally and ordered to pay more than 288 million yuan in unpaid taxes, and her companies were fined a total of 125 million yuan.

The government said that, as a first-time offender, she would not face criminal charges if she pays all of the money by an undisclosed deadline, Xinhua reported.

A source close to Fan said she had been kept in a “holiday resort” used to investigate officials in a suburb in the coastal Jiangsu province. She has since been transferred to authorities in Beijing for further investigation of her affairs, the source added. 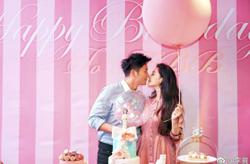