Embers glow against the smoke-filled sunset near Gumeracha in the Adelaide Hills on January 3, 2015

ADELAIDE, Australia: More than 30 homes are feared destroyed as firefighters battle an out-of-control bushfire in the state of South Australia, with officials warning Sunday that lives are in danger even as weather conditions improve.

The state’s Country Fire Service said the intense fire, which broke out Friday at Sampson Flat in the Mount Lofty Ranges east of Adelaide, was continuing to burn in all directions, threatening lives.

But a cool change Sunday is expected to help them work to contain the fire ahead of a forecast rise in temperatures again on Wednesday.

“I can confirm that 12 homes have been destroyed and it’s feared that a further 20 homes have also been lost,” South Australian Premier Jay Weatherill told reporters. Burnt out areas as fires continue to burn through the Adelaide Hills,. -EPA

“This is important because it is forecasted that we will have worsening weather conditions on Wednesday so it’s critical that we make headway on reducing the active edges of this fire front.”

More than 11,000 hectares (27,200 acres) have been burnt in the Adelaide Hills, an area in the Mount Lofty Ranges with a population of about 40,000 and that is dotted with scenic villages and known for its farming produce and wineries.

Temperatures are forecast to soar to 39 degrees Celsius (102 degrees Fahrenheit) on Wednesday, but the winds are not expected to be as strong as they have been over the past two days, Country Fire Service chief executive Greg Nettleton said. Hundreds of firefighters from the neighbouring states of Victoria and New South Wales were joining their South Australian counterparts Sunday, taking the total number of crew battling the blaze to more than 800.

Some 22 people, mostly firefighters, have suffered minor injuries from the fire, Weatherill added.

State officials said Saturday it was the worst fire conditions they had seen since the 1983 bushfires of Ash Wednesday.

The 1983 disaster killed more than 70 people in South Australia and Victoria and destroyed thousands of homes and buildings. 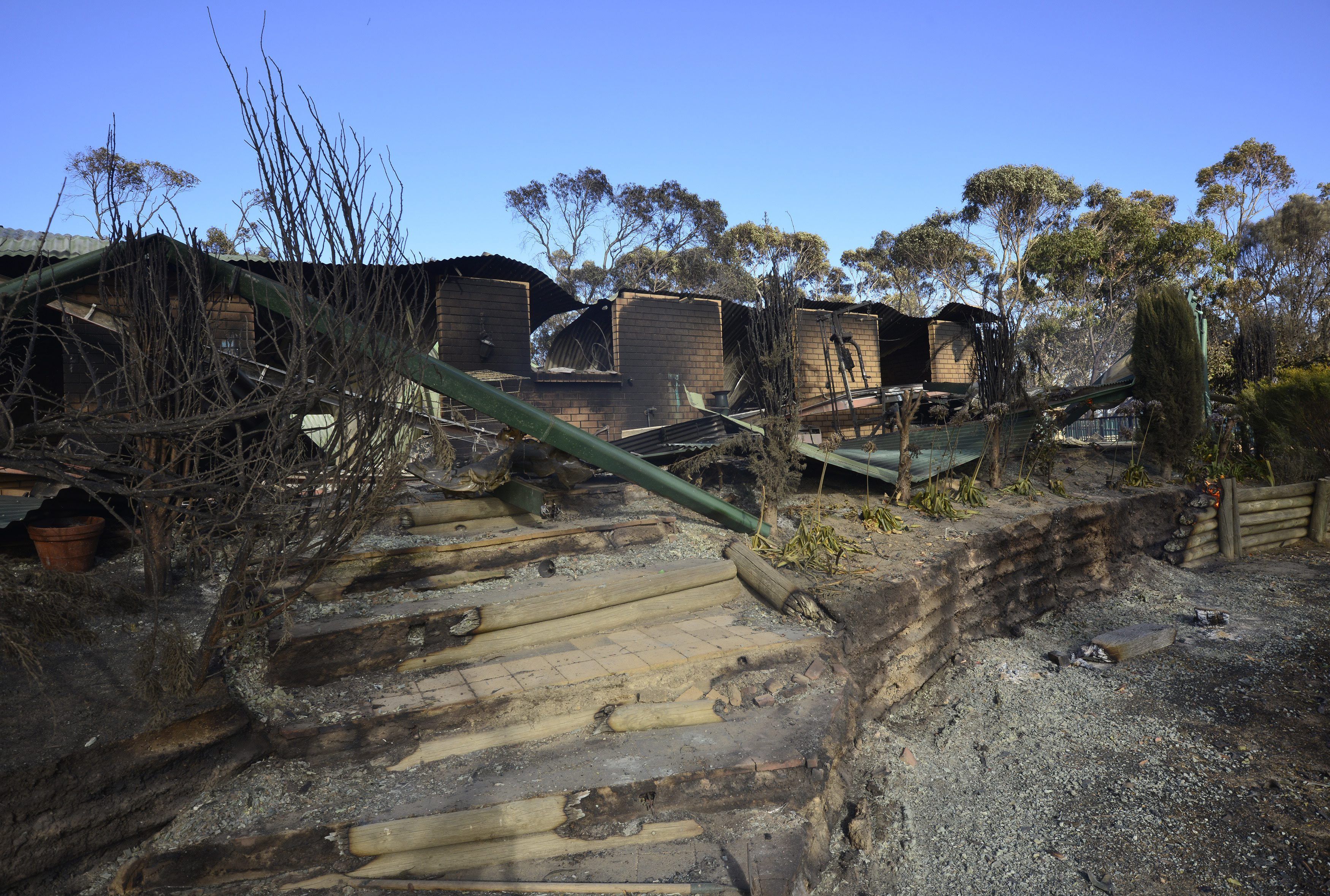 A burnt out house as fires continue to burn through the Adelaide Hills. -EPA

In Victoria, cooler temperatures Sunday saw bushfire warnings downgraded across the state. But thousands of sheep and other stock were believed to have been lost in separate blazes there, officials said.

Bushfires are common in Australia’s summer months between December and February.

“Black Saturday”, the worst firestorm in recent years, devastated southern Victoria in 2009 as it razed thousands of homes and killed 173 people. -AFP