NEW DELHI, Aug 27, 2014 (AFP) - The maker of a new $33 smartphone billed as India's cheapest said Wednesday it aims to sell half a million in the next three months in what it called a "new era" for the market.

Indian mobile phone maker Intex has teamed up with California-based Mozilla - the non-profit organisation behind the Firefox open-source web browser - to create a cheaper alternative to Apple's iPhone and Samsung's Galaxy.

Intex spokeswoman Joyeeta Mitra said the handset, which went on sale this week, was aimed at first-time smartphone buyers and was the cheapest yet to hit the market.

"We're moving into a new era in smartphones," Mitra told AFP. "This is a user-friendly handset that can help people onto smartphones and onto the Internet.

"We have big expectations that this phone will find a large market and we are expect 500,000 sales in the first three months."

The company is initially targeting the Indian market but expects to expand sales to other countries in Asia, she said.

India's smartphone market is growing rapidly. US market research firm IDC reported shipments leapt by 186 percent to 17.59 million smartphones in the first financial quarter to June from a year earlier.

IDC forecast that smartphone sales would continue to rocket in coming years, growing at an annual rate of 40 percent for the next five years.

But price is key in India, which according to the World Bank is home to one-third of the world's poor. Three-quarters of smartphone sales in India are below $200.

The Intex offering undercuts the Smart A50S, made by Indian handset maker Karbonn which was launched in June at 2,790 rupees ($46).

Mozilla has been teaming up in the low-cost smartphone market in the developing world with Alcatel, Huawei and LG, with a focus on Latin America. 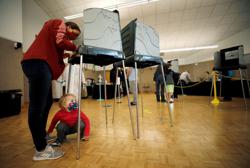