There was no discrimination, says state exco chief 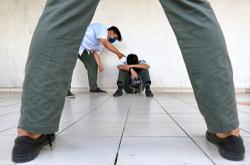 JOHOR BARU: There was no form of discrimination against the religious faiths or the race of students from a school who attended an SPM workshop here, says Johor education exco member Norliza Noh (pic).

She said she called up the Johor Education Department, the school’s principal and teachers as well as its parent-teacher association over the matter.

“I wanted to hear for myself the issues related to the school’s programme, which was conducted with the involvement of Muslim students only.

“Through the information provided by the school and in line with the statement issued by the Education Ministry, the programme run by the school did not ignore and discriminate against the religion or race of students,” she said in a statement on Facebook yesterday.

Norliza, who is state education, information and communications committee chairman, was commenting on tweets alleging that the school had organised an SPM workshop only for Muslim students.

Twitter user @sangria200 (Anne Louis), in a thread on Twitter, had alleged that the school held a two-day, one-night SPM workshop solely for Muslim students at a hotel, saying that it would only involve religious-related subjects.

“However, it turned out to be a comprehensive workshop covering subjects such as Chemistry, Additional Mathematics and other subjects,” she had posted.

Norliza said schools should be a place to promote unity and they should reject any programme or activity that might lead to racial or religious discrimination.

She also called on people to stop spreading comments on social media that might cause disharmony among the people of Johor.

Any complaints regarding school activities should be sent via the relevant channels, she added.

Earlier, Johor Ruler Sultan Ibrahim Ibni Almarhum Sultan Iskandar said that no one should be excluded from any public programme because of their religion or race.

“If it is true that there was racial segregation, then action must be taken against the organisers,” His Majesty said in reference to the allegations.

The Education Ministry also said that there was no discrimination involved in the SPM preparation workshop organised by the school.

“Initial investigations found that the workshop was part of the many initiatives of the relevant parties to ensure that students, regardless of race, were able to make the necessary preparations for the SPM exams.“The first of the workshops was held earlier on Jan 19 and 20 in a hotel and involved some 30 SPM candidates who had failed their Bahasa Melayu and History subjects as well as those who received ‘gagal-lulus’ (fail-passed) in some other subjects.

“The workshop was held separately based on sessions to avoid disturbing candidates who were preparing for the Chinese New Year,” the ministry said.

“The ministry was informed that the follow-up session for other students was slotted to be held between Jan 26 and 27 at the same hotel.” 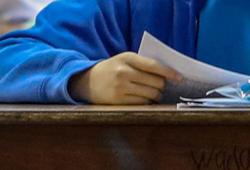