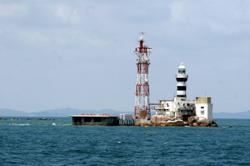 KUALA LUMPUR: Malaysians have to embrace a more liberal and principled approach towards education for the sake of the country’s future, says Sultan Nazrin Muizzuddin Shah.

The Perak Ruler said that the open-minded personality and virtuous views of former international trade and industry minister Tan Sri Rafidah Aziz were the key factors that contributed to her success during her tenure in the position from 1987 to 2008.

With her 21 years in the role, Rafidah was Malaysia’s longest-serving international trade and industry minister, during which time her efforts had helped Malaysia’s annual gross exports skyrocket from RM45bil to RM604bil, while attracting foreign investments amounting to RM255bil.

She also came to be known fondly as Malaysia’s Iron Lady due to her steadfast, tenacious, and uncompromising approach in promoting both Malaysia’s interest and well as those of other developing countries.In his speech at the launch of Rafidah’s new autobiography titled Rapid-Fire Rafidah: Being Malaysian First here yesterday, Sultan Nazrin said Rafidah’s multicultural upbringing by both her parents and teachers during her youth was a fundamental reason for her eventual success,

“The strict teachings at the Kampong Baru Malay Girls School, then Convent Bukit Nanas in Kuala Lumpur, followed by the Singapore Science Institute and Victoria Institution, gave her a multicultural perspective on life from the start without undermining her Islamic religious values.

“This education enabled her to understand and appreciate people of different cultural backgrounds, while the modest outlook on life of her parents taught her to be humble and kind regardless of one’s circumstances.

“She became one of the first precursors of the Malaysian identity in which all Malaysians are treated equally with equal rights regardless of race or religion” he said, adding that Rafidah’s story had become a shining example of the benefits of a multicultural education.

Sultan Nazrin also noted that with her strong command of the English language, Rafidah was able to gain the trust and confidence of powerful world leaders during her time in office.

“At the Asia-Pacific Economic Cooperation (Apec) conference of leaders in 2005, she even received recognition for her talent from the US president at the time George W. Bush who told her, ‘Madame Minister, before you speak, I’d like to say something. My colleagues have reminded me that when you speak, I have to listen’.

“She also earned the respect of highly-seasoned trade negotiators such as Warren Christopher and others such as Prime Minister (Ryutaro) Hashimoto of Japan, many of whom became her friends and golfing partners,” he said.

The Ruler added that any “future destruction of Malaysia” would not be caused by war, but by those who continue to aggressively push negative, narrow-minded, prejudiced and overly-conservative views that are no longer relevant in the modern era.

The launch of Rafidah’s autobiography saw many big names and notable figures including former prime minister Tun Dr Mahathir Mohamad, who sat together with Rafidah and Sultan Nazrin at the VVIP table, as well as former attorney general Tan Sri Tommy Thomas.

Many attendees also rushed out of the hall after the Sultan’s speech to purchase a copy from counters set up outside so that they could get Rafidah to sign their books.