Penang DOE orders container with ewaste to be returned to US

GEORGE TOWN: The Penang Environment Department (DOE) has ordered that a container filled with ewaste be sent back to its country of origin.

The department, together with the Royal Malaysian Customs Department's Coordinated Border Management (CBM) unit, Sirim QAS International Berhad Penang and North Butterworth Container Terminal (NBCT) port officers, conducted an inspection on a container at NBCT in Butterworth that was suspected of bringing electrical and electronic waste from the United States on Thursday (Dec 8).

Penang DOE director Sharifah Zakiah Syed Sahab said the container was detained after being suspected of making a false declaration where it was pledged as “aluminum alloy”.

She said after an inspection, it was found that there were 38 pallets in a 40-foot container that was loaded with scrap waste from printed circuit boards (PCB), internal hard disk drives, central processing units (CPUs) and other electronic components that were categorised as scheduled waste under Code SW110, First Schedule, Environmental Quality (Scheduled Wastes) Regulations 2005.

Sharifah said a Notice of Instruction under Sections 31 and 37 of the Environmental Quality Act 1974 was issued to the importer for the return of the container to the country of origin.

Failure to do so, she added, would result in court action under Section 34B of the Act, which presently carries a maximum jail sentence of five years and a maximum fine of RM500,000 upon conviction.

"The importer with an address in Klang, Selangor, can also be subject to action under Sections 31 and 37 of the Act for the offence of failing to comply with the notice if he disobeys the instructions issued," she said, adding that evidence sampling was also conducted by the Penang DOE.

Sharifah said the illegal importation of electrical and electronic waste or e-waste from abroad is against the law and the international convention (Basel Convention).

"Illegal disposal and processing can have negative implications on the environment and health, especially when the majority may be sent to unlicensed premises for illegal processing or worse, if disposed of by burning or planting.

"Illegal processing without control devices can cause the release of hazardous chemicals including heavy metals that pollute the soil, water and air.

"Electrical and electronic waste produced in Malaysia must be sent and processed only in premises licensed by the DOE,” she said.

She added that it has materials that can be recycled, but those that can’t must be disposed of in an authorised and safe manner. 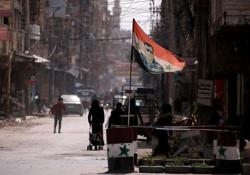