KUCHING: The Sarawak Legislative Assembly has unanimously approved the 2023 state budget, which is expected to generate a surplus of RM238mil.

In his winding-up speech on Thursday (Dec 1), Abang Johari said Sarawak's economy was picking up and on track towards recovery from the effects of the Covid-19 pandemic.

He said Sarawak needed to improve its work efficiency and culture to achieve higher productivity and competitiveness to gain the confidence of investors.

"The state government will continue to provide the impetus for driving Sarawak's economic growth by improving basic infrastructure and transportation, air and sea connectivity and accessibility, development of talent through better education and training, increasing the pace towards digital economy and uplifting the standards of living of the rural population," he said.

Abang Johari also said Sarawak was exploring new sources of revenue in areas such as carbon storage and the hydrogen economy.

He said Sarawak was estimated to have 30 trillion cubic metres of carbon storage capacity in the seabed of its continental shelf.

Captured and stored carbon dioxide can be used for making hydrogen, blue ammonia, biofuels and other products, providing a platform for the sustained development of the carbon capture utilisation and storage (CCUS) industry in Sarawak.

"At this stage, (state-owned oil company) Petros and Petronas are working jointly to begin work on developing a depleted oil field off the coast of Sarawak for storage of captured carbon dioxide from an adjacent oil producing field.

"A licence for this will be issued as soon as the new rules on carbon storage are gazetted in early 2023," Abang Johari said.

"This forms the base for the development of our hydrogen economy value chain in Sarawak," Abang Johari said. 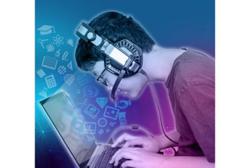