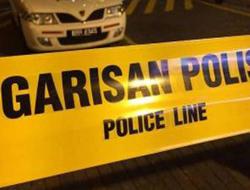 SEREMBAN: An elderly man has been reported missing since Nov 22, after he reportedly left his home in Kampung Sikai, Gunung Pasir, Seri Menanti near here.

Kuala Pilah OCPD Supt Amran Mohd Ghani said the department received a report on the disappearance of Abu Zahrin A. Hassan, 67, from his sister Norliza A. Hassan, 53, who lives nearby, on Nov 23.

"Currently we are still searching for the victim who is believed to be mentally ill and has poor memory with the help of family members and members of the Village Community Management Council. The initial information we got was that he often goes out, but will usually return home, however, this time he hasn't come back for seven days.

"We were informed that residents saw the man in Kampung Sikai two days ago (Nov 26), but when our personnel searched the area, the man could still not be found. There is no element of crime in this case. The police are still actively conducting searches, focusing on this district," he told Bernama today.

Meanwhile, Norliza said she only realised her brother was missing when she went to invite him to dinner after Isyak on the day of the incident.

"I work during the day, so I didn't realise he wasn't at home. He lives alone at my late mother's house and I take care of him.

"When I called him to eat there was no response, the house was dark. He always goes out to look for food, but when he comes back, the villagers know him and sometimes send him back.

"We are worried because he has a mental problem. He doesn't walk well, and he uses a cane, but he is kind and doesn't disturb people, he doesn't talk much.

"Recently, one of his six children, a son, had died, so I'm afraid he might still be grieving. I hope he is found safe," she said.

Norliza also hoped that those with information about the victim’s whereabouts would immediately report it to the nearest police station or contact her at 013-6555548.- Bernama 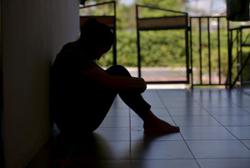