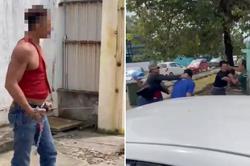 KOTA KINABALU: A Year Five pupil died in a freak accident after the frame of a goalpost fell on top of him during a sporting event at a school in Manggatal town near here.

The 11-year-old was confirmed to have died at the Likas Hospital following the 12.20pm incident on Thursday.

OCPD Asst Comm Mohd Zaidi Abdullah said the boy’s father, in his 50s, was present at the annual sports fair at SJK (C) Lok Yuk when he noticed pupils gathered in a group.

The man approached the group and found his son lying on the ground.

“The victim was rushed to Likas Hospital in an ambulance after a teacher summoned for help. However, the boy was confirmed to have died due to serious head injuries,” said ACP Mohd Zaidi.

He added that they found no foul play involved, and the case has been classified as “sudden death”.

The incident went viral after a video of paramedics and policemen attending to the victim was posted online on Thursday.

The 14-second clip showed the boy being put on a stretcher and carried off into the waiting ambulance.

In another unrelated case, a viral video showed a suspected drunken man assaulting a woman at a traffic light junction near a shopping mall here.

He said the woman had just finished working at a nearby restaurant and was on her way to the mall when the incident occurred.

He said the suspect, believed to be drunk, suddenly punched the woman’s right ear and got into an argument with a man who attempted to help her. 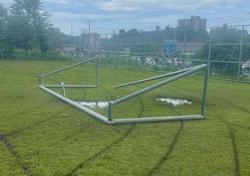