KUALA LUMPUR: Three men pleaded not guilty in the Ampang Magistrate's Court here on Thursday (Oct 6) to a charge of kidnapping a businessman at a restaurant last week.

They were charged with committing the offence at a restaurant in Taman Pandan Indah here at 5.03pm on Sept 29, according to Section 365 of the Penal Code, read together with Section 34 of the same code which provides for a maximum prison sentence of seven years, and a possible fine, if convicted.

Lawyer Ethan Tan Wei Hong, who represented Lim and Yeo, asked for a reduced bail amount on the grounds that both of his clients were supporting their families, while lawyer Lau Yih Ying, representing Yong, also asked for lower bail because his client was suffering from cancer.

Magistrate Normaizan Rahim allowed each accused to be bailed at RM4,000 in one surety with the condition that their passports must be surrendered to the court, and they were required to report to the nearby police station once a month. The court then set Dec 14 for mention of the case.

Before Magistrate Amalina Basirah Md Top, Yeo pleaded not guilty to a charge of causing injury to Lian at the same place, time and date.

The charge under Section 323 of the Penal Code carries a prison sentence of up to one year or a fine of up to RM2,000, or both, upon convicted.

The court allowed the accused to be bailed at RM2,500 with the condition that he must report to the nearest police station every two weeks and was prohibited from approaching the victim. The court also set Dec 14 for mention.

Bernama previously reported that a businessman suffered light injuries after being kidnapped by a group of men in Jalan Pandan, Ampang here, believed to be due to debt problems.

The victim was released in Klang a few hours after the incident, and he went to the Ampang Jaya district police headquarters to lodge a report. - Bernama 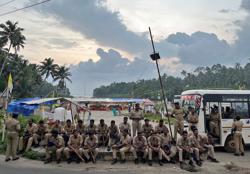 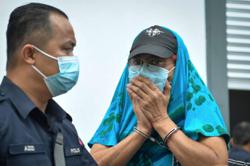