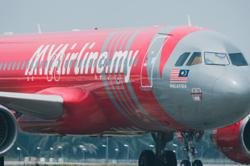 KUALA LUMPUR: The low number of domestic flights is among the reasons why the cost of tickets are still high, says Datuk Henry Sum Agong.

"Due to the Covid-19 pandemic, airlines are still in the recovery phase, which is why flight capacity and frequency are still limited.

"For example, as of September this year, domestic flights are still very low at 68.2% compared with December in 2019," the Deputy Transport Minister said when responding to a supplementary question raised by Datuk Seri Tiong King Sing (GPS-Bintulu) in Dewan Rakyat on Tuesday (Oct 4).

Tiong wanted to know what was being done by the government to assist airline companies such as AirAsia to obtain loans to service their planes so there can be more domestic flights to lower the cost of flight tickets.

Earlier, to a question by Wan Hassan Mohd Ramli (PN-Dungun), the Deputy Minister said that the government decided in 2006 that airlines companies had the discretion to set prices for flight tickets.

He also said that a study carried out by the Malaysian Aviation Commission (Mavcom) in 2018 revealed that intervention by the government to fix ticket prices would have a negative impact on passengers in the long term.

Based on a recent Mavcom study, he said that the prices of economy class flight tickets to Sabah and Sarawak between Jan 18 and 21 for the Chinese New Year holidays next year is between RM100 and RM1,235.

Based on this, he noted that a majority of economy class flight tickets to Sabah and Sarawak between Jan 18 and 21 would cost below RM400. Draft Public Services Act to protect, streamline civil service, urges ex-chief secretary
Kedah confident it won't be marginalised by Federal Govt, says MB
TMJ consents to audience with Anwar, Tengku Muda Pahang also present
72-year-old man dies from hornet stings in Miri
Kelantan MB hopes new govt maintains good relations for the sake of people in the state
GE15 is over, focus should be on development and welfare now, says Melaka CM
Jeffrey Kitingan hopeful calls for Sabah rights will be met by Anwar
PBRS supports call for Zahid to be DPM
I was just there to see my friends, says Ismail Sabri rubbishing talk of meeting between BN, PAS leaders
Cops nab two for drug use during raid on JB entertainment centres