Ready to serve: A file photo of students donning their white coats during a ceremony to mark the start of their clinical journey in hospitals.

PETALING JAYA: After being told that she had no future in anaesthesiology due to a physical injury, Dr Selina Chew knew first-hand what it felt like to be lost.

Dr Chew had expected support from her superiors but did not get much help from them.

“I was a very senior doctor. I was one of the best and felt very competent with my job but the minute I left, I felt like it was all a waste and that I had no way of giving back to society.

“I only had one path initially which is to be a clinician but in truth, I can seek other jobs on a bigger scale and on a different level that will either directly or indirectly contribute to healthcare,” she said.

In January 2020, Dr Chew formed Medic Footprints Malaysia (MFM), where she is now the managing director.

The social enterprise supports doctors seeking to successfully transition and diversify from a clinical job to a non-clinical job.

MFM, which currently has 3,000 members, provides support, upscaling, training and resources to doctors as well as curating programmes to help them make the transition to a new career.

MFM also holds workshops and mentoring besides teaching the doctors how to do job search and prepare their resume. About 500 doctors have approached MFM for assistance to-date.

The company has directly helped 50 doctors transition to other careers and 300 others indirectly.

MFM also provides information on career transition to over 5,000 doctors through social and mass media.

Dr Chew added that many contract doctors were quitting because they do not see any career progression and are unclear on the alternative job pathways they could take.

“Some quit and most resort to be general practitioners although their passion is not there, only because that’s the only option they know. They don’t see that they have other ways to contribute to society and the healthcare system in Malaysia.

“That’s why I feel it is very important for us to be here,” she said, adding that platforms such as MFM are important to help doctors see that there is a way for them to still contribute to the healthcare sector besides clinical practice.

“Clinical medicine is not the whole healthcare system. It is just one part of it.

“There are so many other opportunities to help reduce the burden on the healthcare system,” she said.

Dr Chew said MFM, which will have another workshop in January, also supports doctors who decide to remain in clinical service.

Her advice to those afraid of making the career change is to speak to those who have been in a similar position before and to know one’s strengths, weaknesses, personality traits and values.

“Know what are your strengths so you can make the move into something that aligns with you,” she said.

Meanwhile, Dr Muhammad Hafeezul Suraj Anthony Wilson served as a medical doctor for 10 years before switching to the pharmaceutical industry.

He recently spoke at the Diverse Careers Summit for Doctors held by MFM on Aug 20.

His transition out of clinical medicine began when he was not accepted for the Health Ministry’s specialist training programme despite his years of service.

When it became obvious to him that waiting another year to get into the training programme would likely be futile, Dr Hafeezul started his own GP practice before realising that his passion was elsewhere and decided to close his clinic.

He then received a job offer from a pharmaceutical company after about a year of multiple interviews involving several companies.

Dr Hafeezul urged doctors not to be afraid to try something new as it will inevitably lead them to a career that they are passionate about.

“Those with limited or no industry experience ought not to give up but must continue applying for positions until something opens up for them,” he said.

For Dr Izzhar Putra, he had acquired his medical education in the United Kingdom and lived there for over a decade before returning to Malaysia.

Dr Izzhar moved on to the corporate sector after a few months as a medical officer (MO) in Malaysia.

“I am definitely happier now with no regrets. However, I will say that there will never be another job that can fulfil the same level of satisfaction a doctor gets from treating a patient.

“I do miss that aspect of being an MO. If I stayed on as a doctor in Malaysia, I would probably still be struggling to find and maintain a work-life balance that suits me,” he said.

Dr Izzhar advises junior doctors to first understand what is holding them back from making the switch and address it objectively.

“Of course, there are many reasons why one becomes hesitant to leave, but sometimes they need to ask themselves what is holding them back and will they regret not making the switch earlier,” he said.

Malaysian Medical Association (MMA) president Dr Muruga Raj Rajathurai said for those who find that they no longer have an interest in the profession due to various reasons, then other professions within the healthcare industry could be something they can consider.

“A medical degree doesn’t only mean you must practise medicine but you can branch out to research, teaching and even do law and do medico-legal work.

“Whatever they choose, they must have a passion for the profession,” he said.

However, he said it would be unfair to tell those who really do want to continue their career as doctors to consider other professions in healthcare just because there were no openings for them for permanent positions.

“Ideally, we would like to see them continuing to serve as doctors in the healthcare system seeing there is a need for expansion in healthcare services and an increasing demand for specialists,” he said.

As for doctors leaving government service to practise as private GPs, Dr Muruga Raj said they will be entering a competitive sector.

“Many private clinics are faced with all sorts of challenges such as high operational costs, trying to stay afloat.

“It should be noted that a high percentage of the population relies on our public healthcare system,” he said.

Dr Muruga Raj said many still stay on as contract doctors and manage to get into the Master’s programme or pursue parallel pathways to become a specialist.

Some head overseas for greener pastures 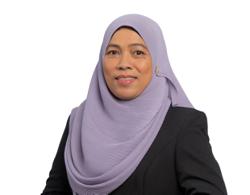