JOHOR BARU: A woman has lost RM261,000 of her savings after being duped by a man she met through a dating app.

"In the middle of July, she was persuaded to buy a coupon (for investment) from the suspect who promised her returns of 5% and interest within 30 minutes after making the payment.

“The victim then used her savings and made 17 online transactions to various bank accounts given to her by the suspect,” he said here on Tuesday (Aug 23).

Supt Fariz Ammar added that to make the scam more believable, the suspect also provided a website link claiming that the victim would be able to see her profits there.

“However, she could not access the website and the suspect could not be contacted again,” he said. 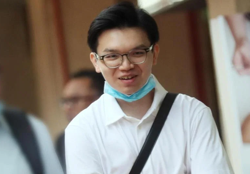