The 23-year-old from Kampung Bahagia A in interior Nabawan found his calling in car painting after completing his secondary school, a skill that he did not know he had, let alone could excel in.

The award was given to him in 2019 following a skills competition which saw him beat contestants from all over the country, with his car painting skills earning him a 98.7% mark, the highest among all the categories up for contest.

He is now on an intensive training course with one of the luxury automotive companies in Peninsular Malaysia as he prepares for the WorldSkills Competition set to happen in Denmark from Oct 14 to 23, this year.

”I did not know this was something that I could actually excel in. I had been performing terribly in school for years,” he said when contacted.

“In school, I slept almost every day. I skipped classes, especially maths, which I absolutely hated. I also gambled and was the bookie in school,” he recalled.

He said his teachers were never happy with him, with some even calling him useless.

He added that he did not do well in school and had only passed several subjects in his SPM examinations.

“Luckily, before my SPM, I came across advertisements calling for enrolment in Institut Kemahiran Mara (IKM) Kota Kinabalu,” said the sixth of eight siblings from a single-parent family.

He signed up for it without telling anyone, and then took his SPM exams.

It was only after receiving his offer letter from IKM KK that Sooi told his mother, and that he would be leaving in a week’s time.

That was the start of his change in destiny.

One of his lecturers, Mohd Fairuz Hamzah, saw something special in him and went on to nurture and guide him further.

“I saw that he had amazing skills in car painting. That was why I proposed that he join the national level skills competition in 2019,” he said.

He said that after winning, Sooi was automatically entitled to compete internationally.

“We were supposed to compete in 2020 but the organisers had to postpone the competition due to the Covid-19 pandemic,” he said.

On this point, Sooi is glad that he has the chance to change his fate in life and make himself, his family, and the country proud.

“For those who think that their lives will never be better just because they are poor academically, remember that there are many other fields and skills that you can tap into,” he said.

He encouraged youths to try their hands at different things in life to know what works for them. 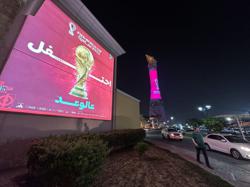