REMBAU: The Health Ministry will implement a zero-bullying policy at all its offices and facilities after 20% of respondents to a survey said it occurred, says Khairy Jamaluddin.

The minister said the good news was that 60% of the 110,411 officers and staff surveyed perceived the ministry’s work culture to be positive.

However, he said, the results indicated that bullying or harassment was prevalent at certain health facilities and this had to be checked.

"There should be a zero-bullying and harassment policy at all workplaces and not only at ministry facilities.

"We must preserve human dignity at all times and we cannot treat our subordinates with contempt or (in ways that will) make them feel insulted," he told reporters after presenting excellent service awards to teachers and staff at the district education office here on Thursday (Aug 18).

Khairy said such employees would not be as productive as they could be, and this would be a loss to the department involved.

"How is the employee going to give you his all when you keep cursing him?

"This was exactly why the Dewan Rakyat passed the Anti-Sexual Harassment Bill last month so that employees would feel safe in their respective workplaces," he said.

Khairy said he read the 162-page survey report and described it as fair and thorough.

The report had also been uploaded to the ministry's website for public consumption.

Khairy said prior to this, there was already anecdotal evidence of bullying at ministry facilities and this survey confirmed it.

"During my visits, the young doctors and housemen shared their experiences with me, claiming that senior doctors gave them unnecessary pressure.

"I can understand that work pressure is a normal thing because we need to train the younger doctors but we cannot condone bullying or harassment be it verbal, mental or physical," he said.

Khairy said he would elaborate on what the ministry intends to do to correct the situation next week but it was important for the working culture at certain ministry facilities to undergo a transformation.

He said many senior doctors felt the existing work culture was normal and acceptable as they too had gone through it.

"But we need to remember that what we used to do previously is not necessarily the right thing to do presently.

"Secondly, work pressure now is different from what it used to be," he said, adding that senior doctors need to change with the times as the younger generation of medical officers may have different expectations.

However, Khairy said the new guidelines would have to be adhered to strictly if the ministry wished to achieve its objective of eliminating bullying.

Citing an example, he said the ministry had replaced the on-call system for doctors with the flexi-system to ensure they were not overworked but the compliance level was not total.

"Under the new system, a doctor should not be working beyond the required hours.

"But when I sent out teams to check on this, (they found) there are still cases of doctors working long hours... this is what eventually leads to burnout, anxiety attacks and some eventually giving up," he said.

The Healthcare Work Culture Improvement Task Force said in a report released on Wednesday (Aug 17) that incidents of burnout, bullying and an unhealthy work culture do exist within the ministry, but at different levels and not in all health facilities.

Task force chairman Datuk Dr Siti Hamisah Tapsir said based on their findings, bullying culture does not only occur among housemen but happens across all levels of employees of the ministry directly or indirectly.

Among the contributing factors is scarcity in competence, skills and level of readiness to perform assigned tasks, she said.

The task force, she added, also found there were inconsistencies in housemanship training systems within hospitals including long hours as well as incomprehensive guidelines, and also with the implementation of the housemen flexi-work system.

The task force presented 10 recommendations which include setting up a Medical Qualifying Committee, conducting houseman candidate screening, standardisation for housemanship training, and improving the E-Houseman system.

Dr Siti Hamisah added that the task force was of the view that a career in health services was very challenging and required individuals who were truly committed and willing to go through the training and challenges of the work environment. 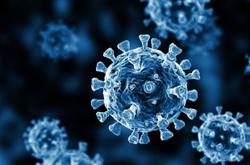 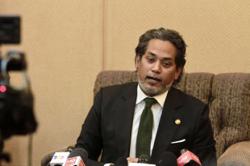