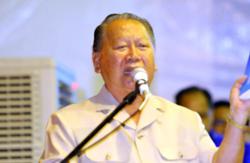 The Perak Barisan chairman said unless there were some decisions made by the Barisan top leadership, the status quo remains.

"When we contest for a seat, we make sure that we can win because that’s how we can form a government.

"For now, there is no decision made yet on the state seat allocation," he told reporters at Stadium Perak here on Tuesday (Aug 16).

On Aug 14, during the MIC convention, MIC President Tan Sri SA Vigneswaran had requested Barisan top leadership to allocate at least one state seat in Perak for MIC.

Vigneswaran said this would allow a representative from the Indian community to be appointed as the state exco member.

On the issue of a woman who dresses up as a man to perform Umrah in Mecca, Saarani who is also the state religious committee chairman said the incident shouldn’t happen at all.

"When performing religious acts, we must look at the basics and follow the rules.

"The state is looking at the matter seriously," said the Perak Mentri Besar.

On Aug 15, a video of the lady, dressed in ihram (worn by Muslim men) in front of Mecca had gone viral on social media.

Separately on the restoration of the Pasir Salak complex, Saarani said the state will need to look at the total cost first.

"We are still waiting for the amount of cost to repair and restore the buildings at the complex.

"If we can afford it, we will use the state budget. If not, we will make a request to the Federal government," he said, adding that they also welcomed any private companies who wished to manage the complex and send their Request For Proposal (RFP) to the state.

On July 12, Star Metro reported that the complex's poor condition includes dilapidated buildings, a lack of tour guides and poor condition of the road to the historical sides. 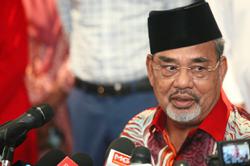