Sales for the Jalur Gemilang soar JOHOR BARU: The demand for the Jalur Gemilang has risen sharply as Malaysians embrace the National Day spirit, after having restricted celebrations over the past two years.

The managing director of a flag manufacturing factory, Annie Chia, said her company has received double the orders this year compared with 2021. In fact, business has never been better.

The factory saw a drop in demand for the Jalur Gemilang in the last two years because of Covid-19 curbs, which led to the cancellation of state and national-level events, she said.

“However, this has changed drastically this year. With the relaxation of the SOP (standard operating procedure), people feel more free to celebrate National Day and this has driven up sales for the Jalur Gemilang,” she added.

She said many of the orders came from government agencies, though there were others from private companies, schools and walk-in customers. She added her factory supplies flags to shops all over the nation.

Chia said the demand for the Jalur Gemilang this year was even higher than the few years before the Covid-19 pandemic hit the country.“The demand this time around is even higher compared to pre-pandemic times and we have seen an increase of about 20% in sales compared to those times.

“This shows that the people are excited to mark the National Day after having muted celebrations for two years,” she said.

Chia revealed that orders for the flag this year also came in as early as June.

“People are buying the flags earlier this year compared with last year when orders were placed a few weeks before the National Day.

“We believe demand will go up as the day draws closer,” she said, adding that at least 50,000 Jalur Gemilang had been sold so far.

Chia, who is the Johor Stationers and Booksellers Association president, said stationery shops are also seeing a higher demand for the Jalur Gemilang.

“People are looking for the flags from stationery shops and buying in small quantities,” she said. 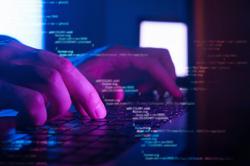