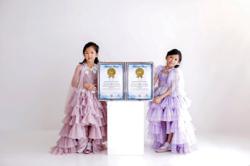 SERDANG: The Fisheries Department has been awarded two certificates by the Malaysia Book of Records, setting two new benchmarks for cockle breeding.

Deputy Agriculture and Food Industries Minister I Datuk Seri Ahmad Hamzah said the awards were the result of a study by the Fisheries Research Institute (FRI) in 2009 which evaluated the suitability of proposed cockle farming sites in addition to bathymetry studies in an effort to understand current conditions at bottom depth, temperature change trends and salinity of the seawater.

"The department has successfully demonstrated a temperature shock method capable of inducing cockle seeding in the laboratory.

"In 2018, a total of 10,000kg of mature cockles of various sizes were sown at the Lekir Cockle Farming Project, recording a total landing of 238.89 tonnes of cockle seeds the following year," he said after presenting the MBOR certificates to Fisheries Malaysia director-general Mohd Sufian Sulaiman in conjunction with the Malaysian Agriculture, Horticulture and Agrotourism Exhibition 2022 at the Malaysia Agro Exposition Park Serdang (MAEPS) on Sunday (Aug 14).

Ahmad said there are three methods of induced seeding of cockles used in the study – physical, chemical and biological induction.

Meanwhile, Ahmad said the DOF is also planning to develop a faster cockle farming technique to reduce the period of breeding to between eight and 12 months compared to the current method which takes 18 to 24 months.

He hoped that the country's cockle industry could be revived and that Malaysia would once again become the largest producer of cockles in Southeast Asia. – Bernama