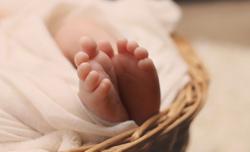 "So far, five individuals were called to record their statements, including from MRSM and the investigation is being carried out from all aspects. We will call more individuals to assist in the investigation,” he said when contacted here on Saturday (Aug 13), adding that the case is being investigated under Section 427 of the Penal Code.

Yesterday, a woman posted on Facebook claiming that the school’s management did not take any action regarding the bullying case involving her daughter. She also claimed that her daughter’s uniform was vandalised and her hair was cut while sleeping.