Firemen cleaning up the mercury spill in the school lab.

KOTA KINABALU: Firemen were called in to clean up a mercury spill at a school lab in Sabah’s east coast Kinabatangan district on Friday (Aug 12).

State Fire and Rescue Department assistant director of operations Misran Bisara said that they received an emergency call from SMK Bukit Garam 2 at 7.24am.

“The school reported that the spill occurred after a thermometer in the lab broke,” he said, when contacted.

He said firemen cleaned up the spill using sulphur powder, adding the residue was then put into a bag for disposal.

“No one was hurt in the incident,” he said, adding that the operation ended at 8.39am. 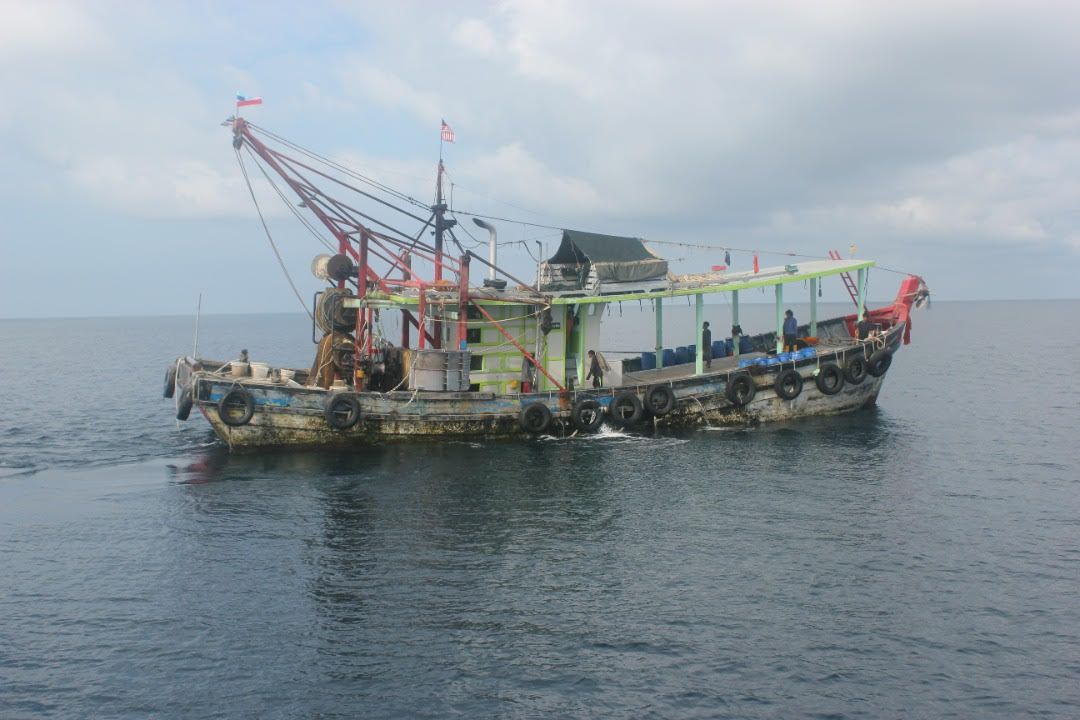 One of the boats that hired foreigners without proper documents.

The boat, he said, carried four Indonesians, aged between 23 and 42, and two crew members of Palauh ethnicity or Bajau Laut, aged 17 and 25.

He said the second boat was intercepted at 9.20am which carried four Indonesians aged between 22 and 59.

“They all failed to provide any personal identification documents after being prompted by MMEA personnel,” Mohd Rosli said, in a statement on Friday.

He said the boats have been taken to the MMEA jetty here, adding the case was being investigated under the Immigration Act and Merchant Shipping Ordinance 1952.