KANGAR: Zakaria Lebai Harun – fondly known as Pak Ya Merdeka – is proud of his old car because every national month for the past 14 years, the Proton Iswara Aeroback has helped him encourage Malaysians to celebrate independence.

The 60-year-old food hawker from Kampung Tebuk, Simpang Empat, would festoon his car with the Jalur Gemilang every year.

He feels that while his contribution is small and nothing compared to the sacrifices of freedom fighters who risked their lives for the country, at least, he has done something for his beloved nation.

"I don't care what people want to say about me, the important thing is to persevere according to each person's ability,” he told Bernama, wiping the rainwater stains from his car's windshield.

Pak Ya Merdeka chose this way to express his love for his country because of the satisfaction he feels from flying the Jalur Gemilang.

"I feel proud when someone happily requests a selfie with this old car,” said the father of five.

Every year, Pak Ya Merdeka spends as much as RM500 to decorate his car with the Jalur Gemilang in accordance with the National Day theme.

"I try to earn money every day just so that I can decorate this car because I want to encourage people to appreciate the meaning of independence,” he said.

Pak Ya Merdeka said he planned to continue doing this every year as long as he is healthy, adding that he only uses the Proton Iswara Aeroback for this occasion.

On normal days, he uses other vehicles.

Besides decorating his favourite car, he also distributes Malaysian flags to the public, especially the less fortunate, around his village.

"Every year, I buy 20 pieces of Jalur Gemilang to distribute to people who can’t afford to buy and fly the flags in their homes." 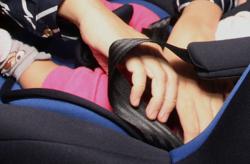 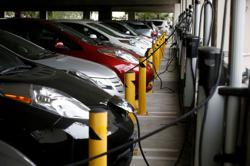