KUALA LUMPUR: A key witness in the trial of Syed Saddiq Syed Abdul Rahman - who faces criminal breach of trust and money laundering charges - told the High Court here that the withdrawal of RM1mil on the instructions of the Muar MP was not in accordance with the procedure, besides admitting he was involved in the matter from the very beginning.

Former assistant treasurer of Parti Pribumi Bersatu Malaysia’s Youth wing (Armada), Rafiq Hakim Razali, 32, said the withdrawal from the Armada account was wrong as there was no working paper submitted to enable the money to be withdrawn from the bank on March 6, 2020.

"If you want to make a withdrawal, there should be a working paper on the programme (carried out) and the working paper presented to the Armada chiefs council comprising the Armada chief, deputy chief, assistant secretary and myself," he said during the examination-in-chief by Deputy public prosecutor Datuk Wan Shaharuddin Wan Ladin on Wednesday (July 6).

The witness agreed with the DPP's suggestion that the action by Syed Saddiq to order the RM1mil withdrawn to be 'cleared' (disposed of) for fear that the money would be seized by the Malaysian Anti-Corruption Commission (MACC), was an offence.

"It is wrong because they want to hide something from the authorities. If there is nothing wrong with it, why would this happen," he said.

When asked why did he continue distributing the money to former Federal Territories Bersatu Youth information chief Muhammad Daniel Kusari and Muhammad Naqib Ab Rahim, who were then Bersatu members, on Syed Saddiq's instructions despite knowing it was an offence, the witness replied: "Because I was stuck in it from the beginning, so I went on with it".

Wan Shaharuddin: Can you explain the meaning of being ‘stuck in it’.

Rafiq Hakim: The withdrawal of this money was wrong from the very beginning..indeed, it did not follow the proper procedure.

The 13th prosecution witness said if the money was not distributed to Muhammad Daniel and Muhammad Naqib, he was afraid the money would be confiscated by the MACC.

According to the witness, he would not have withdrawn the money and distributed it to the two individuals if he had not received instructions from Syed Saddiq.

Rafiq Hakim in his testimony previously stated that Syed Saddiq had ordered him to 'clear' the RM1mil, where RM650,000 was distributed to Muhammad Daniel and RM250,000 to Muhammad Naqib, while RM100,000 was used for the Armada programme on the instructions of the politician.

Meanwhile, Rafiq Hakim agreed with the suggestion of counsel Gobind Singh Deo representing Syed Saddiq that there was nothing stated in the party’s constitution that the withdrawal of money for the purpose of the Armada programme required a working paper, and agreed that there was no legal directive requiring one that time.

Gobind: According to the Bersatu Constitution, what is needed is a balance sheet or account showing the disbursement of money and it needs to be presented at the end of the financial year. That's what's required, isn't it?

He also faces two counts of engaging in money laundering activities, namely two transactions of RM50,000 believed to be proceeds of unlawful activities, from his Maybank Islamic Berhad account into his Amanah Saham Bumiputera account.

He is accused of committing the offence at a bank at Jalan Persisiran Perling, Taman Perling, Johor Bahru on June 16 and 19, 2018. 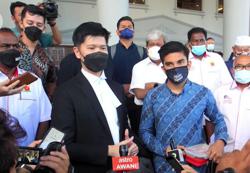 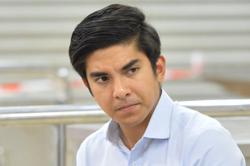