KOTA KINABALU: Police have detained a tractor driver who allegedly rammed into an enforcement department vehicle following a misunderstanding in Keningau.

The incident, which went viral in the social media, was said to have occurred after Road Transport Department (JPJ) officials issued the driver a summons on Thursday (June 30).

“The incident just happened not too long ago,” he said when contacted.

In the 51-second video, three enforcement officials were seen trying to calm down the driver.

The man, however, continued to ram his tractor into their department’s vehicle until it turned to its side.

A motorcyclist, believed to be a villager, managed to get into the tractor and make the driver stop. 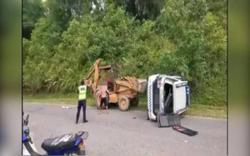 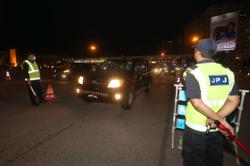