CHUKAI: A total of 55,000 vehicle owners were found to have allowed unlicensed individuals to drive their vehicles from January to May this year.

"According to JPJ's latest observations and analysis, there has been no significant change in attitude and responsibility among vehicle owners on the matter in the last four years.

"This was evident when a total of 347,300 vehicle owners were found to have allowed individuals without a licence to drive their vehicles from January 2019 to May this year," he said after inspecting an integrated operation on commercial vehicles at the department's Enforcement Station in Kijal, Friday (June 25) night.

Aedly Fadly urged the public to take the matter seriously as those who committed the offence can be prosecuted under Section 26(1) of the Road Transport Act 1987, which provides for a fine not exceeding RM3,000 or imprisonment of up to three months or both.

"Besides that, JPJ can also seize their vehicles under Section 64(1) of the same Act," he said.

Meanwhile, Zulkarnain said a total of 580 vehicles were inspected in the operation carried out together with the Immigration Department and the National Anti-Drugs Agency (AADK).

Of the total, 133 vehicles were issued notices for various offences including driving without driving licences or with expired licences. – Bernama 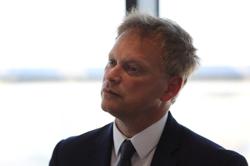