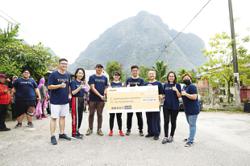 Mohd Hairi, who is the Johor youth, sports, entrepreneurs' development, cooperatives, and human resources committee chairman said that the majority of the federal-owned buildings were old and had not been properly maintained.

"There are many old buildings owned by the Federal government that have not been well maintained and have become an eyesore.

"Each building should have been improved and renovated, especially Wisma Putra, as the place holds the offices for every state director from every government agency," he said.

He said this when met by reporters after officiating the Johor Cooperative Day 2022 (HKN) under the Cooperative Societies Commission of Malaysia (SKM) at Plaza Angsana, here on Saturday (June 18).

Mohd Hairi added that their dignity as the director should have been lifted up and they did not deserve to be placed in such a place.

"If they can not afford a new building, at least improve the old ones," he added.

He said this when asked to comment on Johor ruler Sultan Ibrahim Ibni Almarhum Sultan Iskandar's decree that the Federal authorities were not carrying out maintenance work on public infrastructure in this state.

His Majesty was reported as saying that the federal-owned buildings such as HSA, HSI, and the Sultan Iskandar Customs, Immigration, and Quarantine (CIQ) complex are not well maintained.

"The Urban Transformation Centre in Johor Baru is also in need of upgrades to its services and comfort levels," he added.

Sultan Ibrahim urged the Federal Government to immediately fulfil its promises to upgrade the North-South Expressway to six lanes, the Senai-Desaru Expressway to four lanes and Federal roads such as the Johor Baru-Mersing route, which were riddled with potholes and posed a danger to road users. 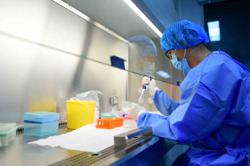