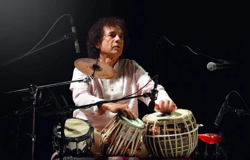 PETALING JAYA: Chicken is being sold well above the ceiling price, up to about RM17 per kg, at some local grocers.

Currently, the ceiling price for chickens has been set at RM8.90 per kg, effective from Feb 5 to June 5.

“Earlier this year, RM17 could get me more than one kilo of chicken at the same supermarket but it’s just too pricey now,” the 60-year-old housewife said.

She added that when she went to the Datuk Keramat morning market in Kuala Lumpur in April, the price was already at RM10.50 per kg.

Health planner Noor Aishah Aziz, 32, said she is puzzled by the inconsistent pricing at her local grocer – RM13.50 one day and RM10.50 the next.

She said that they had reported the matter to the authorities several times, but the situation remained.

“Maybe a more appropriate ceiling price would be RM10, given the increasing operational cost for chicken breeders,” she added.

Deza Hussain, 52, said the price hike had not only started recently when there was a chicken shortage but spiked above the ceiling price, from RM8.69 earlier this year to RM9.80 per kg this month.

The housewife, who had started planting vegetables at home to reduce expenses, feels the government should cap the ceiling price of chickens at RM7.80 to make it affordable to all.

Checks by The Star at the Selayang market yesterday revealed that one kilo of chicken was sold at around RM10.50.

Chicken seller Mohd Yusof, 60, said he barely made a profit after being charged RM9.80 per kg by wholesalers.

“How are we supposed to pay rent, taxes and electricity if our profit is less than 70 sen per kg?” he said.

He claimed that “third parties” (wholesalers) were even limiting the supply of chicken and he had received only about 40 birds yesterday as compared to hundreds before.

“Live chickens are being sold at about RM7 to third parties and they are selling it at RM9.80 to us. We can’t afford to lower our price. If anyone should, it would be the third party,” he said.

Another seller, who wished to be known as Kak Sham, 61, said her stocks were only enough for her loyal customers.

Online observations of supermarkets show that chickens are priced between RM8.90 and RM10 per kg.

Mydin Supermarket through its TikTok account said it complies with the ceiling price for one kilo of chicken. On its website, a whole chicken is priced at RM11.49.

Lotus’s Malaysia displays an even lower price at RM6.99 per kg on its website, but customers are limited to only three birds per person.

Giant Malaysia and Village Grocer, through the HappyFresh and Bites websites, show RM15.84 (RM9.90 per kg) and RM16.90 respectively for each bird.

In GEORGE TOWN, a check by The Star at the Chowrasta Market yesterday found that chickens were sold at RM8.90 per kg each but consumers had to pay an extra RM2 for the chicken to be processed.

Chicken seller Mohammad Mydin, 31, said the price and supply issues had started before Ramadan and peaked during the Hari Raya period due to the high demand.

“For now, we sell chickens at RM8.90 per kg but we charge consumers RM2 more for processing the chicken. If we don’t, we would not make much profit as the cost for each bird is already RM9.30,” he said.

“Sometimes when we order 300 chickens, they only give us half, saying that there’s not enough to go around,” he said.

Another trader, Lai Kean Seng, 50, said the government needed to strengthen the ringgit as it had contributed to the soaring price of chickens.

“The weak currency has affected poultry farmers who have to import chicken feed,” he said.

Housewife Judy Choo, 74, said chicken used to be among the cheapest meats but “it’s quite expensive now”.

Pensioner Mohammad Farouk, 61, said in the past, his family ate chicken almost every day as it was rich in protein.

“Now, I get it for my family only once a week.”

Farouk said although most people could still afford chicken now, the government should look into a new price mechanism to help consumers and traders.