PUTRAJAYA: It is up to PAS to decide the direction it wants to take over its political cooperation with Muafakat Nasional and Perikatan Nasional, says Tan Sri Muhyiddin Yassin.

"In principle, we have no obstruction for any party under Perikatan to hold such talks.

"As long it is done for the unity of the faithful (ummah)," the Perikatan chairman told reporters on Tuesday (May 17).

Muhyiddin was asked to comment on a recent statement by PAS deputy president Datuk Seri Dr Ahmad Samsuri Mokhtar that his party would forge ahead with its cooperation with Umno.

The five-point Muafakat charter was signed between PAS president Tan Sri Abdul Hadi Awang and Umno president Datuk Seri Dr Ahmad Zahid Hamidi at a gathering in mid-September 2019 in the wake of the 2018 general election defeat.

Perikatan, a political coalition which includes those under Muafakat, was set up in late February 2020, following the collapse of the Pakatan Harapan administration.

"We (Perikatan) are on the outside and do not know what is their real strategy, whether they (PAS) plan to continue with Muafakat Nasional or otherwise," said Muhyiddin who is also Parti Pribumi Bersatu Malaysia president.

Based on reports, Muhyiddin said that even several Umno leaders have questioned the relevance of Muafakat. 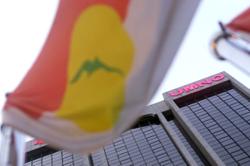