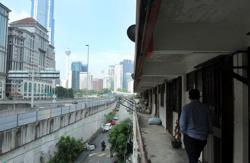 PETALING JAYA: Residents in Kampung Baru Ampang are claiming that third parties had “purchased” the land where their homes are built without their knowledge, says MCA Public Services and Complaints Department head Datuk Seri Michael Chong.

He said over 20 complaints have been received so far and many of these residents had temporary occupation licence (TOL) or leasehold title to the land.

Some families had been occupying these homes for decades.

“But suddenly some people came and claimed they are the new owners to the land,” he said.

Among the victims was Datuk Seri Song Teik Sun, 58, who was shocked when his tenant received an eviction notice from a lawyer about six months ago.

“I purchased the property in 1993 and had been occupying and using it without any challenges from any third party.

“Last year, I demolished the old building and rebuilt a two-storey warehouse and managed to get the Certificate of Fitness from Ampang Jaya Municipal Council. In black and white: Chong (second from right) exposing the possible fraudulent land acquisition of Song (second from left) and Lim (right) at Wisma MCA. With them is Low. — LOW BOON TAT/The Star

“Then I pledged it to Maybank. They conducted all due diligence prior to releasing the loan to me.

“Suddenly my tenant received an eviction letter from a lawyer representing two owners who have a grant on the same piece of land,” he said.

He noted, however, that the lot number on their grant was different.

The matter has been brought up to the Land Department for investigation.

Ampang MCA division chief Datuk Low Kim Mang wanted to know how several grants could be issued on the same piece of land.

“My question to the Hulu Langat Land Department and the Selangor Mentri Besar, how can a second grant be issued on the same land? Didn’t they conduct a survey prior to releasing a grant?” he questioned.

Lawyer Datuk Theng Book advised the public to check the land status with the Land Department prior to purchasing, especially if they were aware that the land or property had been occupied by the same owner for many years.

“If you buy just on paper, you get people to transfer the land ownership on paper, at the end you will get nothing,” he said, adding that the original owner will most likely still be awarded the land if the case is brought to court.

On another issue, Chong said his family members had also lost the right to their house.

“My mother-in-law’s house in Kampung Baru Kundang was also taken away.

“They had been staying there under TOL since I was courting my wife in 1992, but the land was recently given to three new owners,” he said.

His brother-in-law Lim Teck Seng, who was present at the press conference, said every year they inquired about the land acquisition but were told to wait as the government might want to claim the land in order to expand the road next to their house.

However, the 63-year-old said they recently learned that the land had been acquired by a third party. 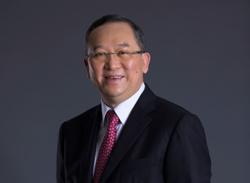