KUCHING: Sarawak plans to learn from Norway on how to set up and manage its own sovereign wealth fund, says Tan Sri Abang Johari Tun Openg.

The state's Premier said Sarawak was interested in learning from Norway, whose sovereign wealth fund had been managed with a high standard of governance since its inception in 1996.

"Given the many parallels between Sarawak and Norway, Sarawak is particularly interested in the lessons to be learnt from Norway, which has around 25 years' experience in developing its fund.

"Of great interest to Sarawak is that Norway has the largest global sovereign fund which is renowned for good governance practices with clear policies in fund management," he said when meeting Norges Bank Investment Management officials in Oslo, Norway, on Thursday (May 12).

Abang Johari was on a two-day visit to Norway after delivering a keynote address at the World Hydrogen Summit in Rotterdam, Holland, earlier this week.

The Premier said Sarawak had been producing oil and gas since 1910 but only recently experienced a significant increase in revenue from this source.

"Given the energy transition towards green fuel, we expect that this will be a temporary increase lasting for at most until the next generation, or around 25 years.

"As such, I believe that in line with our desire to develop a multi-generational sustainability strategy for Sarawak, we should not consume all the increased revenues now, but rather put some aside for the benefit of future generations in the form of a sovereign fund," he said.

Abang Johari said Sarawak was keen to engage in a dialogue with Norway to understand how it developed, structured and governed its fund and to hear its recommendations for the state.

"We would also like to hear from you what your parameters are for investing in places like Sarawak and what we can do to ensure that we are high up in your list of attractive and ethically-sound places to invest part of your fund," he said. 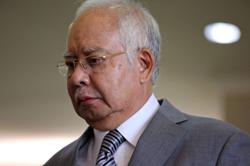