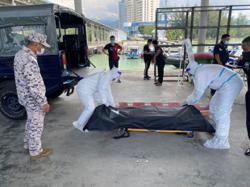 PUTRAJAYA: The Malaysian Maritime Enforcement Agency (MMEA) has made 32 arrests and seized goods and assets worth about RM10.6mil in Ops Pagar Laut which began on April 19.

Two boats were detained on Wednesday (April 27) and one boat was impounded Thursday (April 28) in Terengganu waters, while two boats each were detained in Kelantan and Mersing waters in Johor on April 22, he said.

A total of 66 Vietnamese crews were arrested under the Fisheries Act 1985 and Immigration Act 1959/63, with seizures estimated at RM10.5mil, he said in a statement on Friday (April 29).

They included a seizure of 180 cartons of white L3 cigarettes and 200 cartons of Astro Hijau cigarettes, all worth RM45,000, in Semporna waters, Sabah on Tuesday (April 26) under the Customs Act 1967.

Under the Control of Supplies Act 1961, a total of 100 litres of petrol worth RM205 was seized in Sandakan waters on April 22 and 1,070 packets of one kilogramme cooking oil worth RM11,075 were confiscated in Semporna waters on the same day, he added. 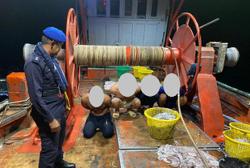