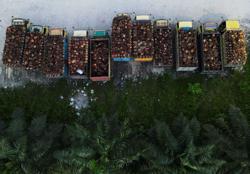 Its director, Ain Arjuna Aziz Zaman said the packets of cooking oil, believed to be used as a basic ingredient in producing oil for prayer purposes were mixed with other ingredients.

She said a 65-year-old local man who was the premises caretaker was detained to assist in the investigation following the raid at 12.05pm, adding that the activities were believed to have been going on for the past one year.

"Further checks on the premises found 159 boxes containing 1 kg packs of cooking oil totalling 2,703 kg and the items estimated to be worth RM6,757.50 have been seized,” she said in a statement here Thursday (Jan 27).

"The subsidised cooking oil was used as the basic material to produce prayer oil as this was much cheaper and more profitable than using industrial cooking oil,” she said.

Consumers in the state can channel information or complaints related to traders found misappropriating supplies of controlled items to the ministry's official portal at https://eaduan.kpdnhep.gov.my or WhatsApp 019-2794317. - Bernama 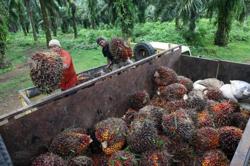 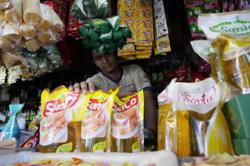