GEORGE TOWN: Express bus operators here are upbeat after tickets sold out for the eve of Chinese New Year.

At the Sungai Nibong bus terminal, a ticketing executive who only wanted to be known as Kimberly, 30, said demand was far higher than usual.

“Most passengers are looking at destinations like Kuala Lumpur and Johor Baru.

“Some are travelling to celebrate the festive season but many are using the holidays to go home as well,” Kimberly said.

She said for Chinese New Year, there were usually 80 buses travelling to and from the terminal to various states.

“This time around, there will be an additional 10 buses to high traffic areas like Kuala Lumpur,” she said.

She said as demand was higher than usual, some bus companies were also raising ticket prices.

“For example, tickets to Kelantan may normally cost RM36 but during the festive period from Jan 28 onwards, it could cost RM46,” she said.

A ticketing executive in Komtar, who declined to be named, confirmed that they were also seeing higher demand this festive season.

“Many passengers are calling to book seats at the last minute but most are already filled, even with the additional buses.

“On average, we are seeing over 2,500 seats filled daily for the festive period, more than the usual number of fewer than 800 seats,” he said. 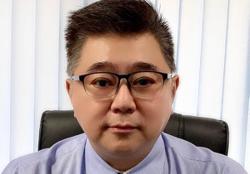