PUTRAJAYA: The Court of Appeal in a 2-1 majority decision ruled that a 27-year-old man who was born in Sabah to a Sarawakian father and a mother believed to be from Indonesia, is entitled to Malaysian citizenship.

Justice Datuk Che Mohd Ruzima Ghazali who delivered the majority ruling said Wong Kueng Hui has fulfilled Article 14(1)(b) of the Federal Constitution (FC) read together with the Second Schedule, Part II under Section 1(e) of the FC to be granted the status of citizenship by operation of law.

In dismissing the government’s appeal against a High Court's decision, the judge said the High Court was correct in deciding in 2019 that Wong is entitled under the law to be a Malaysian.

"After examining the records of appeal, we find there was no error in the decision made by the High Court judge. The undisputed evidence shows Wong was born in Hospital Keningau, as the result of a marriage between the biological father who is a Malaysian and a mother whose citizenship status is not known,” said Justice Che Mohd Ruzima.

He said the majority judgment agreed with the High Court judge that the respondent (Wong) has done what is possible to determine the citizenship status of the mother.

While Justice Azizah, in a dissenting judgment, said, Wong’s biological mother died when he was 17 and this was not a case where the respondent has no knowledge of the birth mother at all.

"The respondent had in fact made queries with the Indonesian embassy in Malaysia. So, the respondent knew the mother was from Indonesia. As such, it cannot be said that it is proven that the respondent (Wong) is stateless. I will therefore allow the government's appeal with no order as to costs,” she said.

Wong, who was born on Jan 2, 1995, attended the online proceedings with his counsel Mohd Haijan Omar while senior federal counsel Mohd Izhanudin Alias represented the Malaysian government, the National Registration Department (NRD) director-general and Home Minister as the appellants.

On Oct 21, 2019, the Kuala Lumpur High Court recognised that the Malaysian born Wong was a stateless person, declaring him a Malaysian citizen based on the Second Schedule, Part II under Section 1(e) - a provision where those born within Malaysia and are not born a citizen of any other country are entitled under the law to Malaysian citizenship.

Judge Datuk Nordin Hassan who is now the Court of Appeal judge had also ordered the NRD director-general to issue a citizenship certificate or identification card to Wong.

However, the NRD director-general, Home Minister and Malaysian government had on October 31, 2019, filed an appeal and had also obtained a stay on the High Court’s decision.

Wong had applied twice under Article 15A of the FC to be recognised as a Malaysian, but both applications were rejected. 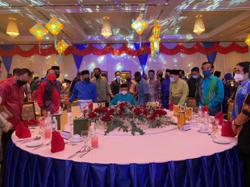