On tenterhooks over Thaipusam SOP 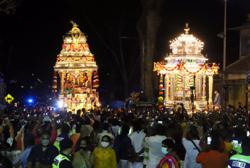 GEORGE TOWN: With Thaipusam just days away, devotees in Penang are still unsure about the standard operating procedure for the celebrations.

The Penang Hindu Endowment Board (PHEB), unhappy with the SOP drawn up by the National Security Council (NSC), has made an appeal and is hoping the National Unity Ministry and the police will consider it.

“We are appealing to them on four matters over the celebrations and chariot procession,” said PHEB chairman Dr P Ramasamy.

“We are asking that the number of devotees allowed to accompany the chariot be increased from 100 to 500, as the temple committee alone comprises more than 100 people.

“We are also asking that the number of devotees in and around the Sree Balathandayuthapani hilltop temple be increased from 250 to 3,000 people at any one time,” he told a press conference at Komtar yesterday.

Ramasamy, who is also Deputy Chief Minister II, said they were further appealing that those aged below 18 be allowed into the temple, accompanied by their fully vaccinated parents, in line with the SOP set under Phase Four of the National Recovery Plan.

The SOP released by NSC requires that the temple be closed at 5pm on Jan 17 and reopened 12 hours later. It can then close at 11pm on Jan 18.

“Thaipusam is among the biggest festivals in Penang and we expect a lot of people will be fulfilling their vows.

“We are hoping the NSC and the ministry will allow our appeal as we believe what we are asking for is fair. We hope it will be approved quickly.

“The SOP drawn up by the authorities should have taken into account the different temples’ setup and not use a blanket rule,” said Ramasamy.

The hilltop temple in Penang has a five-acre (2ha) grounds.

“We will have no choice but to follow the SOP they announced if they refuse to reconsider, but we are hoping for a favourable response,” he said.

The current SOP states that only 100 people can follow the chariot procession and they must be temple committee members, staff and volunteers.

No one from the public is allowed to participate.

The SOP states that the temple can remain open until 11pm on Jan 18 and until 5pm for the other days of the celebrations between Jan 15 and 17.

Meanwhile, the SOP for Thaipusam in Melaka will be disseminated to devotees, executive councillor Ngwe Hee Sem said.

Ngwe said three temples in the state have been designated to hold prayers for Thaipusam.

“Only 50% of the capacity will be allowed and there will be no processions,” he added. 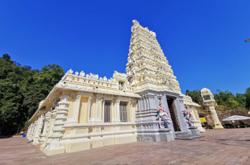 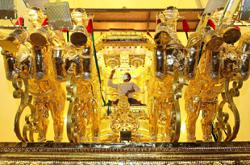