In the court of public opinion

PETALING JAYA: The Malaysian Anti-Corruption Commission (MACC) has to do more to quell doubts about its integrity, say civil society groups.

Transparency International president Muhammad Mohan said that when MACC chief commissioner Tan Sri Azam Baki explained that his brother used his trading account to acquire the shares in 2015, an investigation should have been conducted to find out if he had violated any laws.

He said the public and civil society looked to the MACC as the guardian and final defence against corruption.

As such, corruption allegations would create a “trust deficit”.

Muhammad said improving public opinion would still be very difficult as the issue had been circulating on social media for more than a month.

He pointed out that the MACC should have acted much earlier as the long silence gave a bad impression. Muhammad: ‘The public and civil society look to the MACC as the final defence against coruption.’

“I don’t think today’s press conference has helped in any way. There is more work to be done for the MACC to improve its image,” he said when contacted yesterday.

Muhammad added that it would also be good if the MACC or the Anti-Corruption Advisory Board spoke to Prof Dr Edmund Terence Gomez, who resigned from the MACC Consultation and Corruption Prevention Panel in protest over the panel’s inaction with regard to allegations against Azam.

“The public will ask how you formed an opinion based on one side of the story. But I think we also have to be fair to Tan Sri Abu Zahar Ujang, the chairman of the advisory board, as he said Gomez could still provide him with the evidence and that he would not compromise on integrity or wrongdoings.

“So, I think the door is still open for Gomez since he claims that he has the evidence,” he added.

Alternatively, Muhammad said, if Gomez does not trust the advisory board anymore, he could lodge a police report on the matter by providing all the evidence. 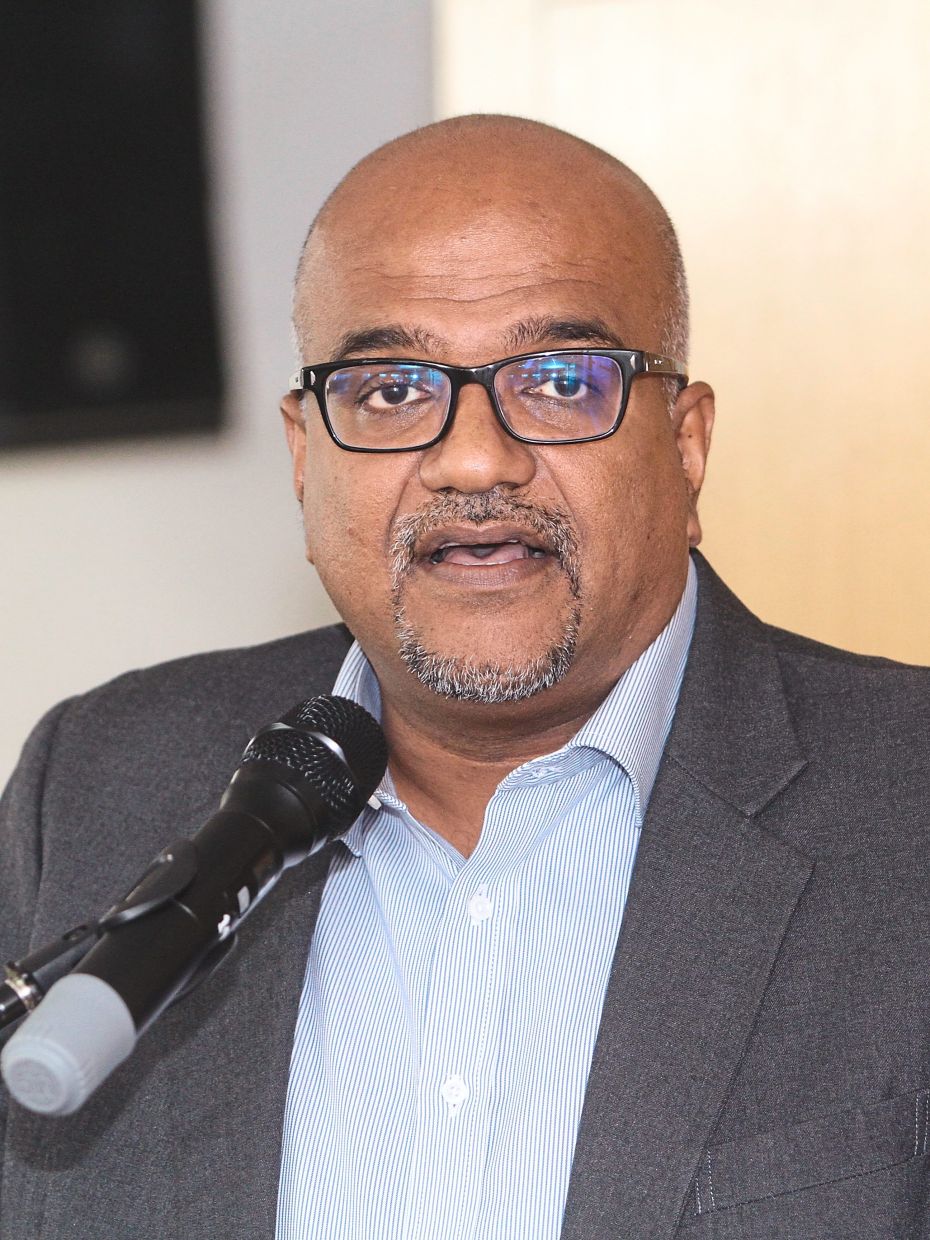 Jerald: ‘The more questions you answer, the more your credibility will grow.’

“This is up to Gomez to take it further from here,” he said.

Human Rights Commission of Malaysia (Suhakam) commissioner Jerald Joseph said it was incumbent upon any organisation and commissioner to give more information so that there were no lingering doubts in anyone’s minds.

He said the explanation given made for a “good start but it was still very little”.

“I am glad today is a start for some explanation, but there is still a long way to go. The more we get, the better it is so that these allegations can be stopped or corrected if it is wrong or proven by either party.

“There is nothing wrong with answering the public, NGO or anyone’s queries out there. The more you answer, the more your credibility grows,” he said.

Jerald noted that accountability was the cornerstone of why the MACC existed.

“It is to make the country more accountable, so I think the leaders will need to answer any allegations against them. 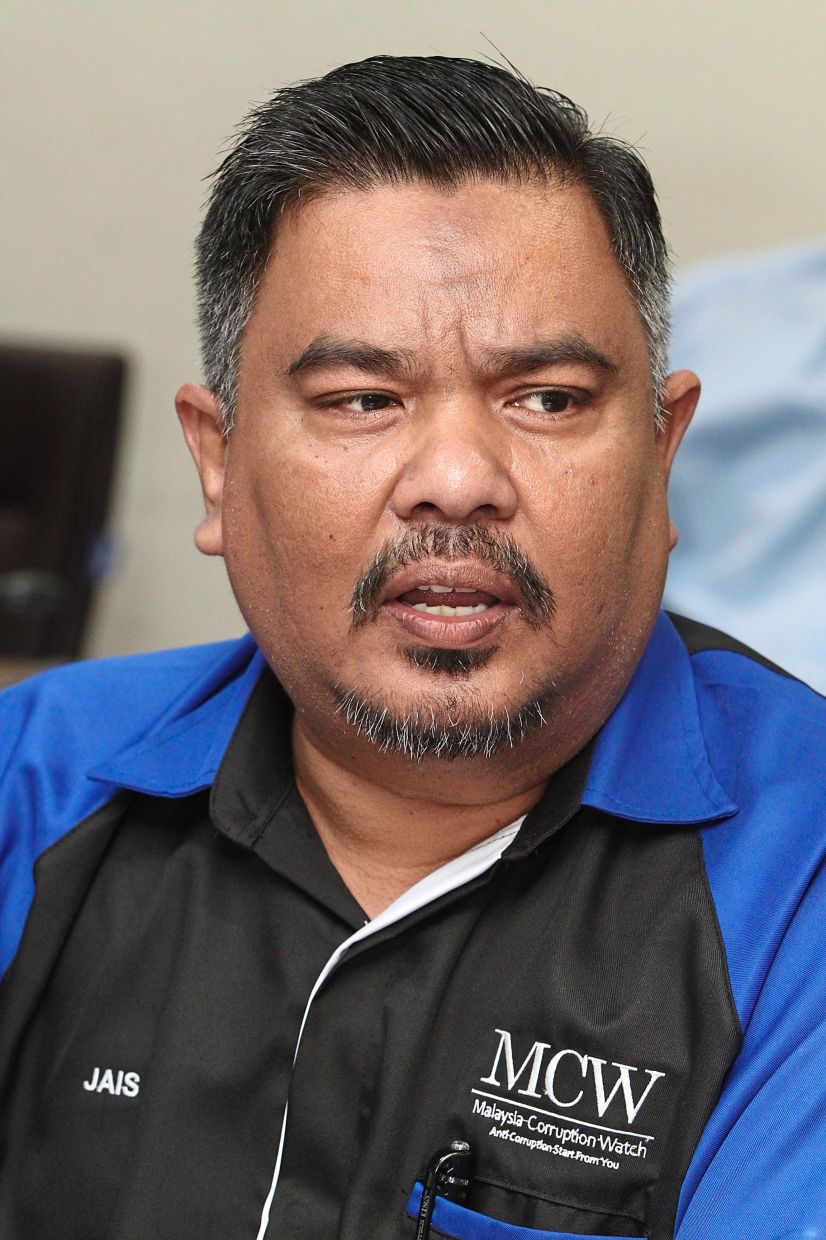 Jais: ‘Personal attacks and accusations are part and parcel of being the MACC chief.’

“It is tough because the chief commissioner may feel that it is not fair to him, but the only way to counter whatever information that is thrown against him is with more information and answers,” he said.

Jerald said public servants had clear protocols for asset declaration and positions held in private companies, among others, adding that due process for this must be followed.

Malaysia Corruption Watch president Jais Abdul Karim applauded Azam for giving his explanation and said he had carried out his responsibility well.

“We believe there are some parties out to get him. They are even prepared to stab him in the back. This is part and parcel of being the MACC chief.

“We hope the MACC is prepared for bigger ‘attacks’ as it is going against those who are corrupt,” said Jais.

Bersih president Thomas Fann said it was of public interest that the integrity of the MACC chief be above reproach and any suspicious wealth fully investigated, and raised by concerned citizens such as Gomez.

“The MACC advisory board cleared Azam based on his own explanation, without thorough independent investigation or any evidence.

“The integrity of the MACC, and now the whole advisory board, is still in doubt. When it comes to corruption, no effort should be spared to gain public confidence in the national anti-corruption body,” he said.

Abu Zahar: Up to PM to decide on Azam’s case