Floods: PM admits to 'weaknesses' that led to delay in rescue efforts in Selangor

JELEBU: Datuk Seri Ismail Sabri Yaakob has admitted that there had been some delays and other weaknesses in flood rescue efforts in Selangor following Saturday (Dec 18)'s floods but was quick to add that it was the responsibility of all to ensure this does not reoccur.

The Prime Minister said no single group should be held wholly accountable for the lack of coordination or other rescue efforts, and attributed the problem in Selangor due to a combination of factors.

He also pledged to improve, adding that the focus for now was to help the victims and conduct clean-up work.

"I want to be transparent and do not want to defend anyone because all of us should be responsible for this.

"Also, I can tell that these delays were not deliberate. There was a combination of factors why this happened in Selangor as there were no issues in other states," he said when met after visiting flood victims here.

Elaborating, Ismail Sabri said rescue teams had a tough time getting into Taman Sri Muda which was the worst-hit area in Selangor as floodwaters had risen rapidly.

"They also had a problem initially responding to victims stranded on rooftops as they could not see the addresses as the road signs had been submerged," he said.

Ismail Sabri said rescue teams were unable to carry out their work as the roads were also blocked by stranded vehicles.

"Also, although the Meteorological Services Department had said that we can expect heavy rains in Selangor, no one expected so much rain at one go.

"The amount of rainfall on that one day was similar to what the state would usually get in one month," he said adding that even residents, especially in Taman Sri Muda had been caught off-guard by this.

He said enforcement agencies were caught in a situation as they had to send their assets to several states affected by the floods.

Ismail Sabri on the contrary, states especially on the east coast, were better prepared as they faced floods every year.

"I had a meeting with all Mentri Besar and Chief Ministers whose states were affected this morning and the problem seems to affect only Selangor.

"So we must remember this is not only the responsibility of the Federal Government but also of the state government and our frontliners are those at the district level," he said.

Ismail Sabri said the situation was bad in Selangor as floodwaters began rising rapidly in several areas at the same time.

"So yes, there was a lot of confusion in Selangor on day one of the floods.

"In fact, I used to get messages on my mobile phone from many people and I would forward these to the relevant people for prompt action," he said.

Ismail Sabri said he had also called a meeting with 13 ministers yesterday (Dec 20) on ways to assist flood victims, particularly in Selangor.

"We are going to mobilise more assets including 41 boats, use pumps to drain out stagnant water and to send food to the victims.

"Some may be living in apartments and flats and not directly affected but they have run out of food," he said adding that electricity to some households has also been cut.

He said if the need arose, the authorities will also use fishermen's boats for this.

Many people on social media had claimed there was a lack of coordination by government agencies initially, forcing victims in some areas to be left stranded on their rooftops for a day.

They claimed there were also not enough boats to move the victims to safer areas.

Separately, Ismail Sabri said the flood situation in the affected states except in Selangor was under control.

Many relief centres have been closed and victims were being allowed to return to their homes.

"But I have told the states especially in the north, not to be too comfortable as we are worried about a second wave," he said.

He said all government agencies should carry out repair works quickly.

Citing an example, he said the army has been told to quickly build seven bailey bridges in Jelebu as the existing ones had been damaged in the floods.

He also urged non-governmental organisations helping victims in the cleanup work to notify the relevant authorities for better coordination.

He said it was pointless to have several NGOs focus on a particular area while victims in other areas were not helped. 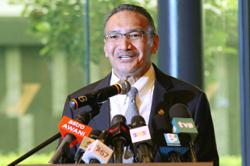 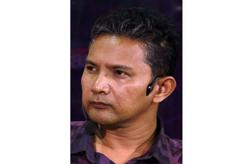