Husband escapes gallows, instead gets 25 years' jail for killing wife

PUTRAJAYA: A husband who had brutally beaten his wife to death, escaped the death penalty after the Federal Court sentenced him to 25 years in prison.

A three-member panel led by Court of Appeal president, Tan Sri Rohana Yusuf meted out the sentence against Jamaluddin Ali, 47, after deputy public prosecutor Mohd Fairuz Johari informed the court that the Attorney-General’s Chambers (AGC) had accepted a letter of representation sent by the appellant.

She said the AGC agreed to reduce his charge from Section 302 of the Penal Code (which carries a mandatory death sentence) to culpable homicide not amounting to murder under Section 304 (a) of the same Act, which carries a jail term of up to 30 years and a fine.

The Court of Appeal upheld the decision on May 26, last year.

Jamaluddin was ordered to serve the jail sentence from the date of his arrest, May 20, 2013.

Judge Zawawi said that marriage was a sacred union based on being faithful and full of love, but when one had been betrayed, the feeling of anger could take over.

"However, every conflict has a solution and the parties could use the right channels like the courts,” he said.

In mitigation, lawyer Athari Bahardin, representing Jamaluddin, said that his client acted in such a way as his wife (the deceased) liked to go partying and was having an affair.

"The appellant’s four children aged between 10 and 18, are now under the care of his mother. This is his first offence,” he said, pleading for a 25-year jail term be imposed on his client. - Bernama 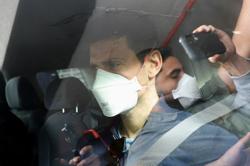 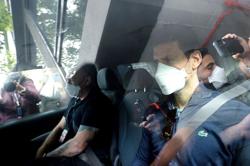